David Miller is one of the brightest young talents to emerge from South Africa in the recent past.

David Miller, born on June 10, 1989, is one of the brightest young talents to emerge from South Africa in the recent past. Nishad Pai Vaidya writes that Miller could perhaps get a promotion in the South African one-day line-up to unleash his best.

On May 6, 2013, David Miller made waves with a 38-ball ton for the Indian Premier League (IPL)  team Kings XI Punjab (KXIP) against the Royal Challengers Bangalore (RCB). In a steep run-chase, things looked bleak for Punjab and Miller teed off to take them to a magnificent victory. In doing so, he highlighted his potential as one of the most dangerous batsmen in the T20 format and teams started taking him more seriously in the games to come. Until then, he was just a South African southpaw with potential, but it all changed with that innings.

As Miller turns 25, he completes a year that has seen him grow in stature as a T20 cricketer. Kings XI Punjab retained him and he repaid that faith with some good performance in IPL 2014, to take them through to the final. He also continues to be a regular with the South African one-day side, occupying a spot in the middle-order. He is one of their younger players who present hope for a future generation.

A look at Miller’s scores in international cricket would tell you that he hasn’t had a very good time at the top. There are a few fifty-plus scores, but he has had a lot of 20s and 30s in One-Day Internationals (ODIs). Statistics reveal that he hasn’t batted higher than No 5 for South Africa in ODIs. Most of his innings have been at No 6. This shows that he hasn’t had much time to build on big scores and that he has only had to come and attack almost instantly.

Miller is one of the hardest hitters of the ball. Even when he hits it along the ground, it is with great power as it runs to the boundary. His philosophy to batting is simple, as he believes in attacking every ball in his slot. Punjab have often played him at the No 5 spot and have reaped rewards out of the move. Even when he has come in at No 4, it has turned out well.

It is now time South Africa also perhaps consider a promotion for Miller in the batting order. At No 5, he may get more time in the middle and he can take the attack to the opposition after getting his eye in. Though players of Miller’s potential can be dangerous, he does need some time before he  get warmed-up warm-up for the kill. South Africa’s top order is packed and they do not seem to have enough space. Hashim Amla, Quinton de Kock, AB de Villiers, JP Duminy to name a few form a solid top four and it is difficult to replace them.

Thus, Miller may have to wait to unleash his best at the highest level. His average in all formats is in the mid 30s and for now, he is a one-day player. If he can improve on his First-Class numbers, he may be in line for a Test cap, but that may take some time. In Miller, South African cricket has someone to bank upon in the future. Paul Marsh to step down as Australian Cricketers’ Association CEO 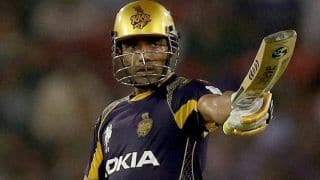