Death of a Gentleman: Numbing, scary...

Death of a Gentleman: Numbing, scary...

The film reveals details that are murky, reeking of corruption and greed, and ghastly for cricket fan.

Unless you are on a spaceship headed to somewhere on the Solar System or beyond, Jarrod Kimber needs no introduction. Sam Collins, his mate from the Two Chuck Fleetwood-Smiths, is an eminent journalist and broadcaster. A few years back, they had a question — that of the future of Test cricket — and set out to find an answer. True to their mission, they dared to tread uncharted waters. What they found out was murky, very murky, reeking of corruption and greed, and ghastly for cricket fan.

To understand where Kimber and Collins come from, one must go back in time. The 1990s will do, for that was when the ODI boom took off. Then came the T20Is. And then, the IPL, perhaps the lowest cricket has sunk to. It is no longer the sport we savoured over five days, or over 50-over formats. It has successfully metamorphosed itself into the ultimate milking cow to satisfy the personal greed of the administrators. ALSO READ: Three-minute silence to be observed before 5th Ashes Test at Oval to protest game’s administration

Gideon Haigh asks a very pertinent question during the documentary: “Does cricket make money to exist or does cricket exist to make money?” That, more than anything else, is the crisis cricket faces at this moment, and Kimber and Collins address it remarkably well.

To be honest to the viewer, Kimber and Collins do not tell a tale new to the world of cricket. We know all about the corruption, of N Srinivasan and Giles Clarke, of ICC and BCCI, of BCCI’s threat to South Africa, of the skewed distribution of revenue, of the efforts of the ‘Big Three’ to take control of the world of cricket, to push the other members into oblivion.

They do probe a bit deep. The treatment of the Associates tells the story. The makers takes a detour of China. We get to know that Chinese cricket are allotted $30,000, and are desperate to make (T20) cricket a part of The Olympics to obtain grants from the Government. No, they do not rest their hopes on ICC.

T20 is indeed essential to the globalisation of the sport — or, at least, for cricket to break through to The Olympics. But then, Giles Clarke is not keen, for The Olympics will clash with the English season. Of course, there is no reason for him to relent, for ICC has brought the number of teams playing World Cup 2019 from 14 to 10.

Giles messes it up again at ICC Headquarters with a sentence he would certainly not want to see himself saying. Oh, and did I mention that when a trailer of the documentary was released, ECB blocked Kimber’s accreditation?

BCCI, as we know, are on another echelon. N Srinivasan’s acts do not need elaboration, though it was surprising that the man himself was willing for the interview without any effort. The arrogance, of course, became visible as the conversation progressed. Death of a Gentleman: Time to look at accumulated mess

As they probe in deeper (the shocking treatment dished out to them at ICC Headquarters, for example), the helplessness of the average cricket fan, of the men grown up to admire the champions in flannels, is portrayed efficiently, and that is an understatement.

Michael Holding, in his rich baritone, mentions an incident at the beginning of the 99-minute movie: Kofi Annan, during one of the United Nations meetings, once referred to an incident as “it’s not cricket”. As Holding mentioned, Annan had never played cricket. But the phrase had made its way to his dictionary. ALSO READ: Death of a Gentleman’ documentary casts cloud over future of Test cricket

Unfortunately, cricket is quickly reaching a point where “it’s cricket” will refer to power to the blatant greed of the inept, gluttonous, fraudulent power-monger. Does the honest, hard-working Test cricketer (Ed Cowan, who forms a crucial part of the documentary, is an example) stand a chance in this murk that is leaving no stone unturned to strangle the sport?

In the end, the movie leaves you, me — us — with a helpless, numbing, vacant feeling. Where do we go from here? Will the sport we have grown up loving survive?

Death of a Gentleman 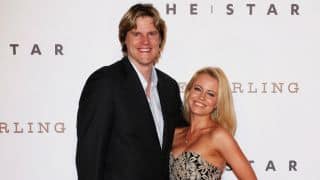 Live Cricket Score India A vs Australia A, FINAL, at Chennai IND A 229 for 6 in 43.3 overs: Gurkeerat Singh's unbeaten 87 takes India A to tri-series title