Deepti Sharma and Poonam Raut made a record breaking partnership against Ireland Women. Here are some intriguing statistical facts about this match.

320-run stand between India Women openers Deepti Sharma and Poonam Raut for first wicket against Ireland Women in the 8th match of Women’s Quadrangular Series. This is the highest partnership for any wicket in women ODIs and the first instance of a triple-hundred stand in women ODIs. This is also the 3rd-highest stand for any wicket across genders; the record stays with Chris Gayle and Marlon Samuels, who had added 372 for 2nd wicket against Zimbabwe in 2014-15; Rahul Dravid and Sachin Tendulkar (331 for 2nd wicket against New Zealand in 1999-00) come next.

7.03 run-rate of Deepti and Poonam’s partnership, the lowest among all triple-hundred stands across genders (where balls faced recorded) after Gayle and Samuels (7.48), Dravid and Tendulkar (7.14), and Dravid and Ganguly (7.09).

2nd Indian women pair to score centuries in an ODI innings and 8th overall to do so among the openers. This is also the 2nd-instance of an opener crossing 150 and the other 100 — after Belinda (131) and Lisa Keightley (156) for Australia against Ireland in 1997.

27 fours hit by Deepti during her marathon 188, the most by any woman in ODIs and also the most by any left-handed across genders. The previous record was 23 by Rachel Priest of New Zealand Women against Sri Lanka Women in 2015. Rohit Sharma is the only one to hit more than 27 fours in an ODI (where fours were recorded). He hit 33 during his 264 against Sri Lanka in 2014.

160 balls faced by Deepti, most by an Indian Woman and joint-most (where balls faced were recorded) by a left-handed Indian batter across genders in an ODI. Sourav Ganguly is the other left-handed batter to face 160 balls against Sri Lanka in 1999.

358 runs scored by Indian Women in this match. This was their first total in excess of 300 and obviously their highest in ODIs. Overall, this is the 10th highest total in Women ODIs.

78 runs conceded by Amy Kenealy of Ireland Women in this match, the most by any woman against India Women in ODIs. Gaby Lewis also 72 runs in this match, who is now at second spot; the previous record was 64 by Lisa Sthalekar of Australia Women, in 2007.

1st instance of two Irish Women conceding 70 or more runs in an ODI. Overall, this was the 5th instance of two or more women bowlers giving away 70 in an innings. The record is 4 bowlers achieving the feat by Denmark Women against Australia Women in 1997. 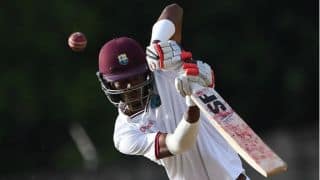