Delhi Daredevils have reached the final stages of the tournament on a couple of occasions, but have never made it to the final something they would like to rectify in this edition.

Delhi Daredevils (DD) have never been short of star players. They have had players like Virender Sehwag, Gautam Gambhir, David Warner, AB de Villiers, Mahela Jayawardene, Tillakaratne Dilshan and Morne Morkel to name a few. DD have reached the final stages of the tournament on a couple of occasions, but have never made it to the final something they would like to rectify in this edition. Going by their finishes in the last three seasons, things do not look bright for the Daredevils, which gives them all the more reason to go into the tournament and play with complete freedom as if they have nothing to lose. READ: Delhi Daredevils in IPL 2017 schedule: Team and squad details, match timetable and venues

The last time DD made it to the final stages of the tournament was back in 2012. They made it to the play-offs, after finishing on top of the IPL table. However, loss in the qualifying matches against Kolkata Knight Riders (KR) and then against Chennai Super Kings (CSK) cost them a place in the final. Since the high of 2012, DD have finished in last position twice, seventh in 2015 and finished IPL 2016 at sixth position.

Here s a look at DD s finishes in the last nine seasons of the IPL:

DD s loss South Africa s gain: Two of the most influential players JP Duminy and Quinton de Kock have pulled out of the tournament at the last moment. While Duminy stated personal reasons, de Kock is currently recovering from a finger injury and his participation in the IPL could have further worsened it ahead of the Champions Trophy 2017 in June. Duminy and de Kock will be key members of the South African squad as the Proteas look to win their first ever ICC tournament.

However, Duminy and de Kock have been excellent performers in the IPL and would have been vital cogs in the DD squad. Here are their records in the tournament:

IPL 2017 auction activity: DD have bought some excellent overseas players in the IPL 2017 auction. Among them, South African fast bowler Kagiso rabada was the most expensive as the franchise shelled out INR 5 crores for him. Also coming into the side are Pat Cummins (INR 4.4 crores), Angelo Mathews (INR 2 crores) and Corey Anderson (INR 1 crore).

Among the Indian players, DD have acquired the services of leg-spinner Murugan Ashwin, who picked up 7 wickets in his 10 matches for Rising Pune Supergiant (RPS) last year for INR 1 crore. DD also have scalped Aditya Tare, who was part of the title winning side Sunrisers Hyderabad (SRH) in 2016 for INR 25 lakhs. DD have also invested on some youngsters, who have done well in the domestic circuit. Ankit Bawne, Navdeep Saini and Shashank Saini were purchased for the base price of INR 10 lakhs. READ: IPL 2017, Delhi Daredevils Auction Review: Problem of plenty for Zaheer Khan s men

Players released: However, DD made some ruthless calls when it came to releasing their players. They released Pawan Negi, who had an off season after he was purchased for INR 8.5 crores last year. But the biggest surprise was the fact that they released the No. 1 ranked bowler in T20Is, Imran Tahir. The leg-spinner had limited opportunities to perform in the previous season. Tahir played just four matches and picked up 5 wickets at an economy rate of 8.62. Fast bowlers Nathan Coulter-Nile, Joel Paris, Pawan Suyal and Mahipal Lomror too were let go of, along with Akhil Herwadkar.

Backroom staff: Rahul Dravid as mentor is surely a huge boost for DD. He took it upon himself to groom the young players in the squad. The likes of Shreyas Iyer, Karun Nair, Sanju Samson and Rishabh Pant have improved their game significantly and are constantly knocking on the doors of the national team. In fact, Karun and Rishabh made their international debuts after last year s IPL and Shreyas earned his maiden call-up to the Indian team for the Dharamsala Test of the recently concluded series against Australia. The fact that Dravid is also the coach of the India A side helps these young players a great deal.

Paddy Upton as coach has had tremendous success over the years. He was part of the Gary Kirsten s support staff when Indian lifted the ICC World Cup 2011. Upton was India s mental conditioning coach then.He was also part of Bob Woolmer s team as one of the main strategists when Hansie Cronje led the Proteas. He has also worked closely with many prominent players to help them perform better. With Dravid as the team mentor, Upton s role will be a tad easier. If the two minds click, DD team could finally achieve some success in this edition of the IPL. READ: IPL 2017: Shami aims to regain bowling rhythm

Also one must not forget the contributions Pravin Amre and Sridharan Sriram (Batting coaches) and also TA Sekhar, who will continue his association with the team as the fast bowling coach.

Captain: Like he did last year, Zaheer Khan will continue to lead DD in this edition of the tournament as well. However, having been on the job for one whole season, Zaheer will now perhaps look to rectify the mistakes he made last year and do it right this time around. However, there is no denying that he is perhaps the right man to lead DD at this time, considering the experience he has under his belt both in domestic and international cricket. Zaheer and Dravid teammates at India for a long time could very well turn out to be DD s driving force.

If you are to judge Zaheer as a bowler, he did a fine job in 2016. Often opening the bowling for Daredevils, Zaheer picked up 10 wickets in his 12 outings at an acceptable economy rate of 7.71. Only Chris Morris and Amit Mishra had more wickets than Zaheer at DD. Zaheer has played close to 550 competitive games across formats. Barring the IPL, Zaheer does not play competitive cricket and he might be rusty in the initial stages, but there is no denying that his experience and inputs will go a long way.

The team: The DD side will now have to cope with the losses of de Kock and Duminy. They have a good side, but lack a couple of things:

Overseas spinner: DD have not been able to find a replacement for Tahir after letting the leg-spinner go. However they have good Indian spinners in Jayant Yadav, M Ashwin, Amit Mishra and Shahbaz Nadeem, but not having a god overseas spinner could affect the balance of the side. Also, the absence of Duminy will surely hurt DD even more as he could have chipped in with four quiet overs. READ: IPL 2017: Quinton de Kock’s absence will affect DD, feels Rahul Dravid

Indian all-rounder: DD are spoilt for choices, when it comes to picking all-rounders. But they do not have a single quality Indian all-rounder. As a result, they will heavily be dependent of their fast bowling all-rounders like Morris, Mathews, Corey Anderson and Carlos Brathwaite to do most of the job. DD will not play more than two of these all-rounders in one match. They will perhaps rotate between them throughout the tournament.

Likely XI for the initial stages of the tournament:

In the absence of de Kock, Shreyas will be entrusted to open the batting with Sam Billings, with Karun batting at No. 3. Karun finished with 357 runs at 35.70 in the previous edition easily his best performance in the tournament so far. Sanju Samson, Mathews and Rishabh Pant will be the next batsmen. There are concerns over Mathews fitness, but Corey Anderson can fill in Mathews shoes in his absence.

DD have a strong bowling line-up. Zaheer will lead the pack along with Mohammed Shami, who recently made a triumphant return to competitive cricket with a four-wicket haul in the Vijay Hazare Trophy final against Tamil Nadu and was consequently included in India s Test squad for the fourth Test against Australia. DD have Rabada as their other fast bowler. They could also opt for Pat Cummins in his place with Amit Mishra being their lone spinner. All-rounders Morris and Mathews/Anderson too could chip in with four overs. READ: Self-belief makes Rishabh Pant special: Pravin Amre

If DD are to go with two spinners, they have a choice between Nadeem, M Ashwin and Jayant Yadav. But for that to happen, they might have to sacrifice one of the batsmen or do away with one of the overseas all-rounders.

Predicted finish 5th: DD do have a good side, but they do not have the balance that is required to succeed in the tournament. Also, with Duminy and de Kock out and with Anderson and Mathews not being 100 per cent fit, the bench strength will be thoroughly tested, which is not particularly good barring one or two players. However, a new star cold be born in this edition and he could be the one to take DD to new heights. But is this DD squad good enough to win 7 to 8 games and qualify for the play-offs? Difficult, but not impossible. 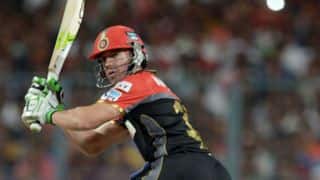 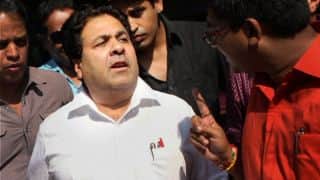