Kulkarni has an impressive First-Class record with 188 wickets in 59 matches.

With Mohammed Shami pulling out of the first three One-Day Internationals (ODIs) with an injury, Dhawal Kulkarni was drafted back into the side after having made his debut against England earlier this year. Shiamak Unwalla feels Kulkarni has been justly  rewarded for some consistent domestic performances.

Dhawal Kulkarni has been a perennial fixture in India A for some time now. He is not as nippy as Umesh Yadav or Varun Aaron, does not swing the ball like Bhuvneshwar Kumar, and does not get steep bounce like Mohammed Shami. What Kulkarni has is the ability to wobble the ball consistently from a disciplined line and length at decent pace.

Kulkarni has an impressive First-Class record: 188 wickets in 59 matches at an average under 27 and a strike rate under 57. Let us compare his figures to those of his fellow India teammates:

As seen above, Kulkarni is not only the most experienced of the lot in terms of matches played, he is also the highest wicket-taker of the lot. He also has the most four-wicket hauls along with Shami, as well as the most five-wicket hauls. His average is also the third best behind Mohit Sharma — who has the advantage of playing most of his cricket on the seaming track of Rohtak — and Bhuvneshwar.

Even in List-A cricket, Kulkarni has better figures than most:

His average and strike rate is behind only Shami and Aaron, but is superior to that of Bhuvneshwar, while his economy rate is much better than Shami’s and Aaron’s. He also has more five-wicket hauls than anyone other than Aaron.

In spite of Kulkarni’s superior figures, he has played just one ODI for India while others have got repeated opportunities. He has been a consistent performer for India A on each of their last few assignments. His recall to the side after Shami’s injury is a well-deserved one. With the days numbered before the ICC World Cup 2015, it would be a good idea to blood him in and let him play as much as possible; he could be India’s fourth seamer in helpful conditions Down Under. 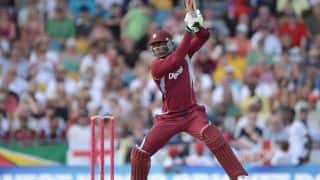