Did Mankading rob Zimbabwe an entry to ICC Under-19 Cricket World Cup 2016 quarter-final?

Did Mankading rob Zimbabwe an entry to ICC Under-19 Cricket World Cup 2016 quarter-final?

The Zimbabweans were a shattered lot late Tuesday afternoon at Zahur Ahmed Chowdhury Stadium in Chittagong; and rightly so.

The Zimbabweans were a shattered lot late Tuesday afternoon at Zahur Ahmed Chowdhury Stadium in Chittagong; and rightly so, for their 2-run defeat in the ICC Under-19 Cricket World Cup 2016 match against West Indies meant that they were eliminated from the tournament. Starting from the teenage boys playing the match to accomplished commentator and expert Mpumelelo Mbangwa, every Zimbabwean was shattered with the way their match ended in a loss that was unfathomable. The defeat meant Zimbabwe will be confined to the Plate Championship for a spot among the bottom 8 teams in the tournament, whereas West Indies — who certainly won the game in controversial circumstances — will get a crack at the trophy. FULL CRICKET SCORECARD: West Indies vs Zimbabwe, ICC Under-19 Cricket World Cup 2016

The match was crucial for the boys from both the camps, as the winner advanced to the Super League stage while the one who lost will now take part in the Plate Championship. In reality, none of the sides deserved the latter, and primarily, none was required to go the wrong way to win.

Alzarri Joseph was the best bowler for West Indies, but with him having finished the quota of 10 overs, his captain summoned Kemo Paul for the final over. Zimbabwe needed 3 runs to win, and West Indies, one wicket. It was anyone’s game. ALSO READ: West Indies Mankad against Zimbabwe in ICC U-19 World Cup 2016: Twitter reactions

Paul darted to bowl the first ball of the final over. As he approached the crease, he saw Zimbabwe’s Kundai Matigimu standing at the edge. The bowler did not even get in his bowling action, and broke the stumps. The umpires declared Matigimu out as per the law, and West Indies walked away as the winners.

Zimbabwean captain Brandon Mavuta was in tears as he spoke in the presentation ceremony after the loss.

It has been more than 68 years since Vinoo Mankad ‘Mankaded’ Bill Brown on December 13, 1947. Since then, there have been different camps with different views. Some believe the batsmen must not leave the crease till the bowler has released the ball, while there are others who say it is unethical to run out a batsman like that. Another group argues for having a system of warning in place, but there is no rule as yet. Mankad ran out Brown twice that way: the first time with a warning; the second, without.

ICC has acknowledged Mankading, and it has been a term in cricket’s lexicon for a while now, even though the cricket fraternity and its guardians failed to make it comprehensive, or at least, acceptable. Every single time a bowler does a Mankad there is invariably a downpour of criticism and expert analysis. There are many within the game — whose opinions and inputs may actually matter — sit at a distance and ridicule it. But not once do the guardians and administrators take up the matter to find a solution once and for all.

Most importantly, such incidences kill the very purpose of tournaments such as the ongoing ICC Under-19 Cricket World Cup 2016. While the tournament has been extremely competitive with young boys from all over the world putting up their best show, this incident certainly takes the sheen of the competition that we have witnessed till now. The ICC has been promoting the Under-19 World Cup with #FutureStars as one of the commonly used hashtags on social media, but there is a lot more to it than what we can comprehend.

As men go for each other’s blood in international cricket, somewhere the young cricketers need to realise the importance of concentrating on the processes and getting things right, rather than enjoying instant gratification and not learning the important lessons on the way. Paul might have shown alacrity in running out the batsman at non-striker’s end, but then, he never was in his delivery stride.

During a TV panel discussion, former England cricketer Dominic Cork was spot on when he claimed he would never accept a win in such circumstances. West Indies may have advanced to the final 8, but the way it transpired has certainly taken the sheen of what could have been a memorable win in a closely-fought cricket game. 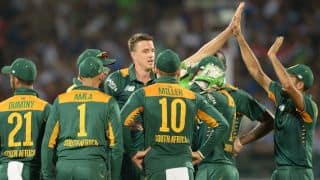 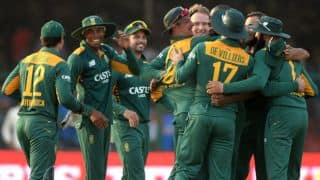