Within a span of less than a year, the Zimbabwe team has had four different captains leading it.

“India facing Zimbabwe. People in both countries sitting down to watch a close fight. Nail-biting finish. Total entertainment.”— These were phrases frequently used in during the 1999-2000, when Zimbabwean were at their peak with the Flower brothers, Heath Streak, Neil Johnson, Murray Goodwin and Henry Olonga running rout. The quality of the cricket Zimbabwe produced had earned them the tag of one of the toughest sides, catching teams unaware, eager to topple the best teams. Yes, there was such a time when people actually used to keep track of Zimbabwe’s schedule. There was a time when Zimbabwe were often seen play in whites. Then time changed. READ: The rise and rise of Afghanistan cricket

Things have changed. The last time Zimbabwe played a Test was way back in the year 2014 when they visited Bangladesh, one of their regular opponents, for a three-match series. Searching for Zimbabwe’s latest Test victory, one has to rewind yet another year when they defeated Pakistan at home.

Makhaya Ntini, their new coach and former South African great, had expressed disappointment over India’s star players being rested for the ongoing limited-overs tour and later on stated that the back-to-back defeats which gifted the visitors series win with one match still remaining left him shocked. A young Indian team, with very few players having international experience, defeated a Zimbabwe that had members who were present when Zimbabwe had upset Pakistan.

Practice makes people perfect, they say. Unfortunately, that is a basic Zimbabwe have got wrong. Let aside Tests, Zimbabwe do not play adequate cricket with different oppositions regularly. Each team comes with its own strengths, and facing challenges make the opponents aware of them. This ultimately results in a better output next time. Zimbabwe, a team boasting of former greats and a glorious past in the field of cricket unlike the contemporary associate nations, have failed to win matches to teams who do not get to play regular cricket.

In all fairness, Zimbabwe have always gone through continuous changes. The major cricket-playing nations believe in maintaining stability inside the team, sticking to captains; Zimbabwe, on the contrary, have sacked captains and coaches at the drop of a hat. Within a span of less than a year, Zimbabwe have had four different captains. Apart from disturbing the team’s stability, this affects individual performances. Every captain comes in with his own vision of the game and game-plan that needs time to be imbibed within the other team members. By the time they adapt the idea of one captain, they are given another leader to follow. Hence, a bunch of talented but confused, goalless cricketers represent what is called the Zimbabwe team.

Zimbabwe certainly needs an inspiring captain. But, in the first place, the management needs to put their faith on one person and let the team play more cricket. More practice, exchange of ideas and practical implementation in form of playing a lot of cricket is what Zimbabwe needs to find their way to the reputation they used to enjoy.

But, giving Zimbabwe the time to revive, are we not forgetting the teams who are already prepared to take on harder challenges? In recent time, one team that has shown a lot of positivity is Afghanistan. Though Zimbabwe put up a better show against Bangladesh, they have time and again failed to defeat Afghanistan. Afghanistan have done exceptionally well, not only against Zimbabwe, but against the big guns as well. They maintained their form and defeated Zimbabwe in the group stage of ICC World T20 to qualify for the Super 10 stage. They defeated West Indies (the eventual world champions); their match with South Africa went down the wire; and they scared England to no ends.

In the ICC Intercontinental Cup, the closest format to Test cricket, Afghanistan have not lost a single match since May 2015. They have defeated Papua New Guinea and Namibia and have drawn with Scotland. One thing that Zimbabwe need to take from Afghanistan is the fact that they also had their bad patches, but that did not resulted in change in captaincy. They stuck to their captain Asghar Stanikzai to bring out the best in them. With two teams playing contrasting cricket, should the better be not preferred and given the chance to play with the experienced teams so that they can contribute to world cricket at large? The decision is upon ICC to take. 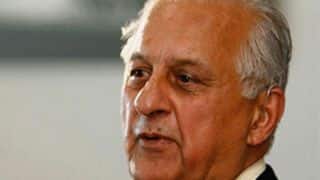 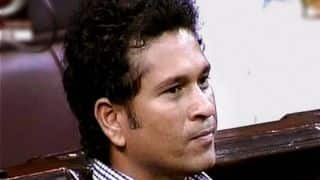