There is a theory that batsmen, mostly out of nervousness, tend to get out in the nineties more often.

There is a theory that batsmen, mostly out of nervousness, tend to get out in the nineties more often. Abhishek Mukherjee investigates whether that is really the case.

There is something about the nineties that make batsmen nervous. Batsmen like Sunil Gavaskar have always maintained that they had never looked at the scoreboard while batting; it was only crowd applause that made him aware. Even during his famous 29th hundred against West Indies at Kotla in 1983-84 he was under the impression that he was in his 70s or 80s when Dilip Vengsarkar, batting at the other end, had congratulated him (“Bloody hell, it’s your twenty-ninth”). Earlier that season Javed Miandad had fallen on 99 after playing out four consecutive dot balls.

But do the nineties really claim their victims? Let us find out.

Of course, going by the above table, if we split the scores in groups of ten, the count of batsmen dismissed in each group is less than the previous group. Let us have a closer look now.

Not very prominent, is it? The first two ranges are big enough to skew the chart beyond comprehension. Hence we must revert to the best possible alternative: use logarithms. The step from “90 to 99” to “100 to 109” is certainly the flattest.

As is evident, batsmen get out more often immediately after they reach hundred than they do in 90s, especially in late 90s. One can safely conclude that the phrase “nervous nineties” is a commentator’s term more than anything else — and has nothing to do with numbers.

So, time to coin a new term? Nervous Noughties, maybe? 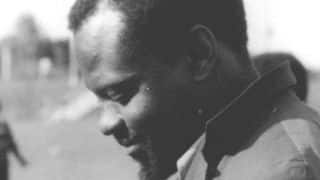