T20 is a close cousin of One-Day Internationals. Though debates rage on whether it is a poor or an impure one! But, does excelling in one form of the game mean doing well in the other as well? Arunabha Sengupta looks at the last five years of the two formats and tries to deduce how figures in one format tells us how batsmen fare in another. 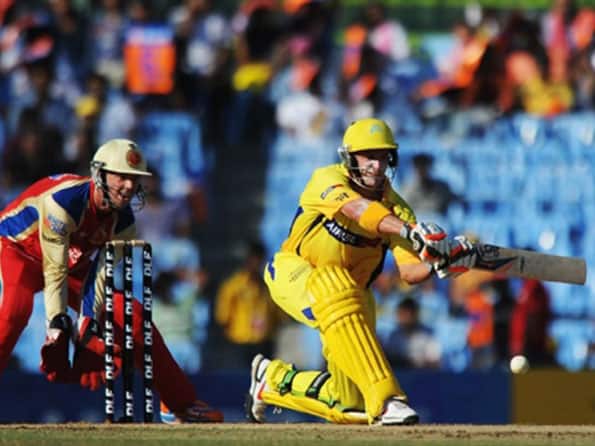 T20 is a close cousin of One-Day Internationals. Though debates rage on whether it is a poor or an impure one! But, does excelling in one form of the game mean doing well in the other as well? Arunabha Sengupta looks at the last five years of the two formats and tries to deduce how figures in one format tells us how batsmen fare in another.

Immensely popular in some quarters, grudgingly accepted in others and openly trashed in many, the shortest and crudest format of the game has already spent more than half a decade in the international arena.

As far removed from Test cricket as imaginable, Twenty 20 is still in many ways comparable to the erstwhile short format, One-Day cricket. And sometimes alarmingly, selections in one form are influenced by performances in the other.

Now that we have a sizeable data set from the T20 Internationals played over the last five years, we can try to figure out whether positive or negative showing in one form of the game really gives any statistically valid indication of how the player is going to perform in the other format.

To carry out the analysis:

ii) We rank them in terms of averages and strike-rates.

iii) We take the same batsmen and find their ranks in ODIs during the same period. The ranks in this case can be misleading, because there are a lot of players – Sachin Tendulkar and Ricky Ponting being prime examples – who play ODIs and not T20 Internationals. So, we find the comparative rank of the ODI performance of only the 40 batsmen we considered in (i)

iv) Finally, we find out whether the ranks in one form determine the rank in the other.

Both the rankings are given below in two separate tables below.

We can see from the average-ranking table that apart from certain major aberrations like Kevin Pietersen , AB de Villiers and Michael Clarke, and relatively minor ones in the case of Mahela Jayawardene, Mahendra Singh Dhoni, Rohit Sharma and Ross Taylor, ranks in T20s generally come close to ranks in ODIs.

Batsmen like Mike Hussey, Misbah-ul-Haq and Jacques Kallis demonstrate their class by ending up ranked equally high in both formats.

Similarly, when comparing the strike rates, in Table 2, other than Craig White, de Villiers, Dhoni and Craig Kieswetter, the ranks of individual batsmen don’t differ by much.

The assertion is verified by a technique known as Spearman Rank Correlation, which produces coefficients of 0.51 and 0.54 for the two sets. These give us a lot of reason to conclude that there is a high positive correlation between the ranks. The details of the technique are given in the appendix after the article.

We can thus conclude with a lot of confidence that the averages and strike rates, and hence the performances, in the two formats are correlated for batsmen. So choosing batsmen for one format based on runs made in the other may not be such a bad idea after all.

Taking all the four ranks Michael Hussey and Chris Gayle emerge as the most consistent in both formats, while de Villiers has mastered One-Day Cricket, but still has some way to go in T20 Internationals, while the opposite is true for Pietersen during the last five years.

Ranking according to Strike Rate

The Spearman Rank Correlation compares the sets of ranks and produces a number between -1 and +1.

In the average ranking, the correlation is 0.51, and in the case of strike rate it is 0.54. In both cases, the figures show fairly significant positive correlations. (Statistically, tests tell us that there is only 1% possibility that this positively correlated results happened purely by chance.)