The growth of Ben Stokes' as a cricketer has been similar to his senior teammate, Andrew Flintoff

The cricketing fraternity always salutes all-rounders. Many international teams have sweated a lot on finding suitable all-rounders, who can step up and deliver at pivotal junctures. In the longest format, it always comes down to players who can perform with both bat and ball and help the team emerge triumphant single-handedly. It was Ian Botham for England who helped them compete with the mighty Australians in Ashes. He performed exceptionally well in the ICC Cricket World Cup 1987.  for India, it was Kapil Dev who played a key role in India’s maiden World Cup triumph. He was phenomenal with the ball as well as the willow with his attacking display down the order. Micheal Bevan, Micheal Hussey and Yuvraj Singh have stood up in major ICC events, showing the importance an all-rounder’s presence in the playing XI. Talking about the inventors of the game, England cricket team have had their share of quality performers with bat and ball. In early 2000, they had Andrew Flintoff and now they have a potential successor in the name of Ben Stokes. On Stokes’ birthday, we take a look at how Stokes reminds us of the former all-rounder: ALSO READ: Ben Stokes speaks about horror of his final over in T20 World Cup 2016

The Lancashire and former England’s all-rounder, Flintoff, had a roller-coaster ride when he played for his nation. Though his career was filled with a lot of injuries, he always remained an integral part of the team when he stepped up on the field. Debuting in 1998, he justified his place in the team after 2003. Until 2002, he averaged 19 and 47 with the bat and ball respectively. However, his figures completely changed between 2003 and 2005, where his average became 43 and 28 with bat and ball respectively. In Ashes 2005, he was lethal with the bat and provided important breakthroughs whenever his captain, Micheal Vaughan, gave him the ball. In the famous second Test, which England won by a narrow 2-run margin, Flintoff broke Botham’s record of six sixes in an Ashes match as he send the ball sailing into the crowd with nine gigantic sixes. He took 7 wickets (overall) and was instrumental in his team’s win.

He had a splendid run in the summer of 2003 against South Africa, scoring three fifties and one hundred. His dream run continued in England’s tour of West Indies in 2004, taking wickets and adding one more hundred to his sparkling career. The right-hander scored fifty in seven victorious Tests against New Zealand and West Indies. In One Day Internationals, he was equally remarkable with his stroke-play and fast bowling. In ICC events or crucial finale of a bilateral series, he took responsibility to take his team through. In the ICC Champions Trophy 2004, he scored a hundred against Sri Lanka in the pool match and bowled a tight over in a 6-match bilateral series against India when they were trailing 2-3 in the series.

On the other hand, Stokes’ revolution has been on similar lines compared to his senior and has become a core member of his team. The left-handed batsman has had a career and role similar to that for Flintoff. He was been marred with injuries, but has showcased his talent as a quality all-rounder. Stokes, like Flintoff, matured as a cricketer in an Ashes series (2013-14 Ashes). Though he could not avoid his team from a humiliating whitewash against home side, Australia, but he was too young to take up the mighty Aussies, that too in their own den. He grow as a player as he kept picking important scalps of Steve Smith, Micheal Clarke, Shane Watson and David Warner and proved his worth as an all-rounder with a fighting 120 off 195 balls in the third Test match of the series.

He finished the series being England’s third highest scorer with the willow and picking up 15 wickets. England was thrashed in the entire tour but Stokes’ emergence as a fighter was noticed by all.

After the ICC World Cup 2015, the left-hander was delivered in his nation’s emphatic victories. After the drubbing England received in the World Cup, they forged a new look team which took on New Zealand at home. He was efficient with the ball and played a few cameos playing in the death overs in England’s 3-2 series victory over the Blackcaps in ODIs. Just like Flintoff, he has also performed against West Indies, New Zealand, Australia and South Africa. He scored the fastest Test hundred against New Zealand and the second fastest by an Englishman. The latest feat achieved by him was in England’s tour of South Africa in 2015-16 where he scored the fastest 250 in a Test match and the hence posted the highest score by a batsman batting at No.6 position in the longer formats. He was given the responsibility of bowling in the death overs in the ICC World T20 2016 and took England to the knockouts by beating defending champions, Sri Lanka, as he defended 11 runs (the exact amount of runs defended by Flintoff against India in 2001-02) but sadly bowled the famous last over of the tournament against eventual winners, West Indies, where he could not defend 19 runs.

Being dropped from the England’s team due to injury in their ongoing series against Sri Lanka, Ben Stokes will like to bounce the way he does. The nightmares of bowling the last over versus West Indies in the T20 World Cup has been moved on from his mind and he is eager to prove his credentials again for his team. He is a strong and talented youngster for England and the team management believes a lot in him, just like they did with Flintoff. He surely reminds everyone of Flintoff and is a warrior on the field. If he is able to match to the standards set by his senior pro, England will have a secured future. 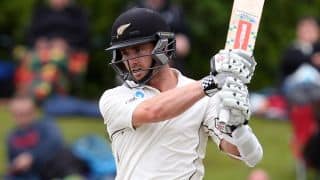 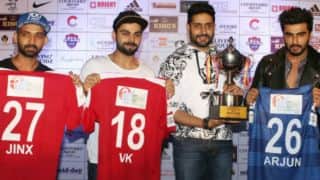