Don Bradman: More than just the greatest batsman of the world

Don Bradman: More than just the greatest batsman of the world

Don Bradman was much more than the greatest batsman ever witnessed by the world. Arunabha Sengupta writes about the certificate of a brilliant mind as recorded by the cricket-crazy Australian Prime Minister Robert Menzies.

It was several years after his retirement that Don Bradman came to be universally revered — in fact after his slow, steady withdrawal from the affairs of the Australian cricket board.

His greatness as a batsman was unquestioned. Even his greatest critics acknowledged that there was no one quite like him and never would be. However, during his playing days there were plenty of players and administrators he rubbed the wrong way. In the 1950s, when he acted as a member of the Board and one of the three member selection committee, he continued to be a man who was often unpopular with the players. Even in the 1970s, the Kerry Packer revolution was hastened by the rather tight-fisted way in which he governed the matters of Australian cricket.

In 1955, English journalist Alan Ross observed that Bradman was “still an equivocal object of love-hate to many Australians… regarded by his own contemporaries with something less than idolatry.”

However, at the same time, there were plenty of men who unabashedly admired the great man — and not just for his cricketing feats. And that included Prime Minister Robert Menzies, for whom cricket remained a lifelong passion.

If communism was Menzies’ greatest public concern, cricket was his greatest solace. And in Bradman, he discovered a fountain of much more than cricketing wisdom. The legend’s knowledge of the world affairs was supposedly as incisive as his grasp of the conditions of the wicket.

According to Menzies, “He happens to have been a highly intelligent man in anybody’s language. He seldom ever discussed cricket with me. Why should he? You know you don’t discuss cricket with the incompetent. But he used to discuss with me international finance, the economic movements in the country, and I used to say to myself, ‘If I was satisfied that I knew more about these things than Don I would be rather proud. In fact, I might almost be kept as Prime Minister.”

There may be exaggeration in this appraisal due to Menzies’ obvious awe of the great man. However, it is unlikely that he was too far off the mark. 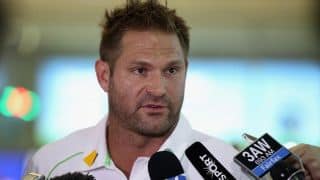