Bollinger, who has not really picked up after impressive phase in 2009-10, was last part of the Australian in the ICC T20 Cricket World Cup 2014.

Born July 24, 1981, the left-arm Australian pace bowler Doug Bollinger turns 36. Bollinger, who has not really picked up after an impressive phase in 2009-10, was last part of the Australian in the ICC T20 Cricket World Cup 2014. Devarchit Varma lists out interesting facts about the burly cricketer with sharp skills:

1. On world tour: After making waves at the domestic circuit, Bollinger was selected in the Australian side for tours to India, West Indies and South Africa. But he got his Test debut only against South Africa at Sydney in January 2009.

2. Impressive start: Bollinger came onto the scene when Australia were going through the rebuilding phase, and having discovered a bowler who was extremely sharp with his skills, their future in bowling department looked safe. For his teammates in the national as well as state side New South Wales (NSW) he was always the true entertainer.

3. Rhyming pet name: Not much is known about how this name came into existence, but Doug the Rug certainly sounds perfect for someone who is burly, loud, over-excited and in-your-face kind of a bowler who never failed to entertain on the field.

4. Ankle woes: Throughout his career, Bollinger s left ankle has troubled him on many occasions, including the ICC Cricket World Cup 2011. According to former Australian physiotherapist Alex Kountouris, Bollinger has had at least 5-6 surgeries on his left ankle by that time.

6. The entertainer: All of Bollinger s teammates across teams have spoken at lengths about his trait of entertaining them with his spontaneous comments as well as with other jokes. Not only teammates, the fans too have been a part of the funny acts sometimes.

7. No wides, ya nuffies : During an Australian tour match at Potchefstroom in South Africa, the spectators kept shouting wide when Bollinger kept bowling wayward. His reply to them was it’s a four-day game, there are no wides, ya nuffies”. It was actually a three-day game.

8. Run-ins with umpires: Right from the beginning, Bollinger believed in bringing in a lot of energy, even if it took having trysts with umpires. Soon after he attended a meeting with the third umpire on New Zealand tour in early 2010, he ran into the no-nonsense umpire Aleem Dar. Despite a rejected leg-before appeal, he kept running towards the slip cordon, which did not go well with the Pakistani umpire. Perhaps to protect their teammate, the Australians decided to get in DRS. That too, was rejected. The ball had pitched outside leg.

9. That kiss: After completing his second Test five-wicket haul, versus New Zealand at Wellington, Bollinger got so excited that he pulled up the Victoria Bitter logo a beer manufacturing subsidiary of Foster s Group in Australia to kiss it! Bollinger wanted to kiss the Australian logo on his jersey but he made a blooper. An embarrassed Bollinger ducked questions on the same later in the day.

10. The IPL story: Bollinger played a key part in Chennai Super Kings (CSK) golden run a few seasons into IPL. He was a member of the CSK team at a time when both, the IPL franchise and the bowler, were in their prime. He played 27 matches for CSK, and claimed 37 wickets.

11. ICC s appreciation: The year 2010 was perhaps his best as cricketer. Bollinger s on-field success and promise that he held for the future kept him in limelight, and he was deservingly named in ICC s Test and ODI teams of the year. In 8 Tests in 2010, he claimed 30 wickets while in 19 ODIs he bagged 28 wickets.

12. The numbers: When Bollinger came onto the scene, it looked like he would have a long and successful career. But it was not meant to be. Since 2009, Bollinger has played only 12 Tests that have yielded him exactly 50 wickets; 39 ODIs that brought him 62 wickets and 9 T20Is with as many wickets. 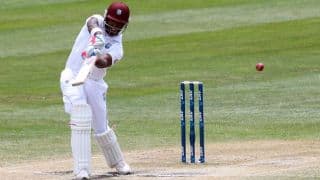 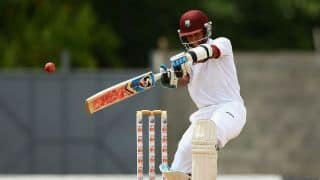