In 2011, Dravid outperformed the rest of the Indian batting line-up, including Tendulkar

Before I get to other things, let me start by saying that, yes, comparisons are odious. Yes, both Rahul Dravid and Sachin Tendulkar are greats and there is no need to belittle one as opposed to the other. That told, Tendulkar’s pre-eminence in batsmanship has been taken as gospel truth for some time now. There is no doubt that his perch is right at the top of contemporary batsmen. But we need to look at how some of his peers are going along from time to time and re-assess this position before we assume it is just the same as it was years before.

Ricky Ponting was widely favoured to catch up with Tendulkar from amongst contemporary Test batsmen about four years back. Since then, his form has slumped and he has fallen well behind Tendulkar. It is South Africa’s Jacques Kallis and India’s own Rahul Dravid who are in hot pursuit at the moment. Kallis has already earned his place as the best all-rounder in contemporary cricket.

Considering Dravid had a fabulous year in international cricket and attained several milestones, let’s look at how he matches up with Tendulkar. And while stats may not be everything, they are important and ultimately the least controversial basis for comparisons!  So how do Tendulkar and Dravid’s numbers stack up?

On a bald comparison of their Test careers, Tendulkar is comfortably ahead, with nearly 15,200 runs to Dravid’s 13,100. But Tendulkar’s runs have come from 303 innings as opposed to Dravid’s 278. Tendulkar nevertheless enjoys an edge on average – 56 to Dravid’s 53. How much does this equation change if we compare their careers from Dravid’s debut onwards? Not very much. Tendulkar has scored 12,500 runs from 246 innings at an average of nearly 57. He still has the edge on average and has also scored more centuries – 42 to 36 – during this period. An argument could be made here that Dravid bats at No 3 and has also opened the innings at times for India which makes him more liable to be dismissed early in the innings, thus unfavourably affecting his average.

As against that, we also have to consider the impact of numerous injuries on Tendulkar’s performance. The numbers he has to show are in spite of long breaks from the game forced by injuries. The menace of injuries culminated in one of the worst years of his career – 2006, when he averaged just 24 and scored a solitary fifty. He, however, bounced back resoundingly from this scare and in 2010, enjoyed one of the best years of his career, amassing nearly 2800 runs.

It is the subject of injuries and slumps that intrigues me as we look to another year of cricket.  In 2011, Dravid outperformed the rest of the Indian batting line-up, including Tendulkar. He averaged 59 to Tendulkar’s 46 and struck five centuries to Tendulkar’s lone century early in the year in South Africa. We don’t know how much the upcoming Boxing Day Test in Australia will change this equation. Suffice it to say, though, that Tendulkar would have to come up with a record breaking knock to outscore Dravid for the year 2011. That is doubtless also because Tendulkar opted out of the tour of West Indies and thus played fewer innings in the year.

How will 2012 go then? And how much longer will both batsmen play? If Tendulkar’s form does not improve in 2012 while Dravid continues to outscore him, where does that leave the equation? In all likelihood, Dravid doesn’t have enough time in his career to surpass Tendulkar, even if we only compare their parallel – and not overall – careers. But he does not lag Tendulkar on average by much either, and a repeat of 2011 could close the gap further.

While that may not yet really make a case to consider Dravid a better Test batsman than Tendulkar, it would be significant if he does eventually outperform Tendulkar, even marginally, on at least one statistical parameter. Tendulkar is still very much the baap, to put it colloquially, but it may be prudent to pause and consider the statistical position the next time you are inclined to declare, “No way, man, it’s Tendulkar!” in an argument. 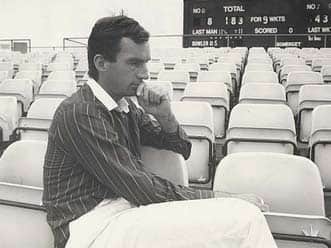 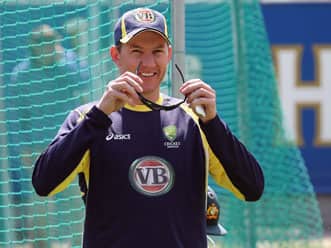 Aussies will be glad not to see Harbhajan Singh in Test series: Brett Lee