Vinay reckons Decision Review System (DRS) should be introduced by the BCCI for live domestic matches.

The bruises from severe umpiring howlers in the Ranji Trophy 2018-19 semi-finals will take a long time to heal for Karnataka. Not once, but on two occasions, they were left to rue the decisions that went in favour of Saurashtra s Cheteshwar Pujara, whose unbeaten 131-run knock changed the course of the match and helped the visiting side book a spot in the final with Vidarbha. (ALSO WATCH: Centurion Cheteshwar Pujara booed for not ‘walking’)

The standard of umpiring in Indian domestic cricket has been poor for many seasons now. Saurashtra alone did not benefit from substandard umpiring. Karnataka too had some decisions go in their favour against Rajasthan in the quarter-final too. In that match, Ronit More was plumb leg before wicket, but was given not out and he went on to add a match-defining 97 for the last wicket with Vinay Kumar. (ALSO READ: If Karnataka had sporting spirit, why would they falsely appeal? Saurashtra coach Sitanshu Kotak defends Pujara)

In the semi-final at the M Chinnaswamy Stadium in Bengaluru however, the two decisions stung Karnataka who ended a second successive season of a semi-final heartbreak. (ALSO READ: Pujara, Sheldon centuries send Saurashtra into final)

The long-serving fast bowler Vinay bore the brunt of one of the decisions this one coming at a crucial stage in the second innings when Pujara was batting on 34. The Test batsman edged it to the keeper, but umpire Sayied Khalid did not hear any connection with the bat, this before television replays clearly showed an edge.

Vinay was visibly peeved with the decision. We knew that Pujara was the main player for them. We had discussed that if we get Pujara, then we could have easily got them out for 180 or 200 runs, that s how it looked like, Vinay told CricketCountry.

If you see both the innings, in the first, he scored about 40-odd runs [Pujara scored 45] and in the second, he got 130. If we had got him earlier, we would have been in a winning position and in the final.

But the vastly experienced Vinay first-class veteran with 130 matches under his belt does not wish to dwell on the incident. He reckons such situations can be avoided if the Decision Review System (DRS) is introduced by the BCCI for live domestic matches.

In most of the games, we will get those decisions which will go against us, but yes, if the BCCI can introduce the DRS, it will help. It s all about one good or bad decision. I do not want to blame the umpires because they get very little time to decide, but if they can come up with DRS in domestic cricket, especially in live games, it will be very helpful for the players, he said.

Karnataka finished in the top four with three wins and as many draws this season which had 37 teams competing. The Indian international is quite pleased with his young side s performance. Karnataka had begun its quest to regain the Ranji Trophy missing around seven top players due to India, India A and Emerging Asia Cup commitments.

Yes, we are very much happy. At the initial stages of the tournament, we did not get most of the senior players because they were out for the India A tournaments. Many guys made their debut this year. So, if you see our side, with not much of experience, the kind of effort the boys put to perform, in that way we are very happy, he said.

Probed further on what exactly could have been rectified, Vinay, set to turn 35 in a fortnight, reckoned the batting department could have been better. He was not wrong. In recent years, Karnataka s good fortunes have always been built around one of their top-order batsmen doing well.

In the 2013-14 title-winning season, KL Rahul made 1033 runs. In their successful title defence in 2014-15, Robin Uthappa notched 912 runs. This year, KV Siddharth led the charts for Karnataka with 728 runs. But then what s interesting is that in 20 team innings this season, only five times have Karnataka had more than 50 on the board before the second wicket fell and on two occasions, has the score been more than 100. It comes as no surprise then that Shreyas Gopal (524 runs) and Vinay (332 runs) are third and fifth on the run charts for Karnataka.

This year was a very good opportunity for us to win the trophy, but unfortunately, it didn t go in our favour. The mindset was perfectly fine. But there were few matches where we could have got more runs on the board which we didn t. We could have done much better, especially in the batting department, he said.

Even in the second innings of the semi-finals, when we got the lead, we could have put more runs on the board. Where we got 270 [Karnataka scored 275 in the first innings], we could have scored 350-odd runs or maybe having a 40 runs lead, we could have made that 390 or 400, and given them to score on the last day, I think we would have been in the final. In that way, we have missed out.

With 332 runs under his belt his season, Vinay admitted that the outcome has been a result of giving more concentration to his batting in the last two years.

Yes, I ve been working on my batting because it s very important for a lower middle-order batsman to perform and for me, being a bowling allrounder, it s very important for me to recognise myself in the bigger picture where people nowadays want all-rounders in the team it may the in the IPL or in the Indian team, whichever team you play, if the lower middle-order performs, the team will always have an advantage where they can score those crucial 30-40 runs. In that way I have been working on my batting for the last two years and I m getting paid for it now, he said.

Finally, looking at the future, Karnataka, been one of those states that have consistently delivered talent to India, Vinay picked pacer Ronit More as future prospect to don national colours. More pocketed 37 wickets this season to be one of the major positives. Abhimanyu Mithun was the next best at 26, while Vinay finished with 14 scalps.

Among the batsmen, there are a few, but they need some time to reach that level. You graduate further with performance. Most of our batsmen played for India A and India, but if you ask me, the debutant looks very promising for me, the left-handed batsman [Devdutt Paddikal], he s a very talented guy, he will be the future for the Indian team. KV Siddharth and Dega Nischal have been doing well, but they need to perform more to be recognised, Vinay concluded. 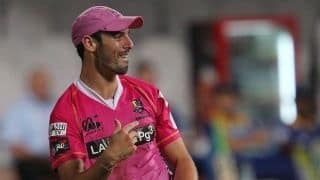 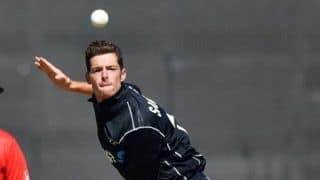