This installment focuses on scorecards that have been immortalised by ducks.

The earlier installment had showcased some of the famous ducks in the history of the sport. Abhishek Mukherjee looks at a few scorecards that have been immortalised by ducks.

Taking the cue from Gautam Gambhir’s much talked-about duck trilogy in the ongoing IPL 2014 we had showcased the famous streaks of ducks in cricket. What, then, about assortments of ducks in the same innings or match? Let us take a look at cricket scorecards that have resembled the Audi logo, the Olympic logo, or worse.

1. Ashes 1888: Old Trafford:  With the series levelled 1-1 the teams had moved to Old Trafford for the tie-clincher. Batting first England had 172, bowled out Australia for 81 on a sticky on Day Two (they were 32 for 2 at stumps), enforced the follow-on (the minimum lead required was 80), and unleashed Bobby Peel and George Lohmann (leaving Johnny Briggs to do the afters).

Peel had Alec Bannerman caught at silly-point first ball (and was on a hat-trick), and Lohmann took out Percy McDonnell at the other end; they managed a leg-bye before Peel took out George Bonnor in a fashion identical to Bannerman’s; Bobby Abel then threw down the stumps to run Harry Trott out.

The Australian score read seven for four (Jack Blackham had worked out with a purpose), but it was the first four batsmen that had been the salient feature of the scorecard. Things did not improve for Australia; Sammy Woods scored a golden duck as well, Bobby Peel bowled unchanged throughout the Test and finished with 11 for 68, and Australia lost by an innings, losing 18 wickets in 147 minutes on a “sticky”.

2. Kenya vs New Zealand 2007: Kingsmead: The first edition of World T20 had witnessed an encore of the Old Trafford Test as Shane Bond and Mark Gillespie took the poor Kenyans by storm: it took the fast bowlers 11 balls to reduce hapless batsmen to 1 for 4, with Morris Ouma, Tanmay Mishra, David Obuya, and Steve Tikolo the only run having come when Collins Obuya had stolen a single to get Tikolo on strike. The batsmen had faced a mere 8 balls between them.

3. India in England 1952: Headingley: The top four Australians may have scored ducks at Old Trafford, but they did not lose four wickets for nought. That “feat” was achieved by Indians. Things did not look too bad for India when they had scored 293 at Headingley in 1952 and had restricted England to a 41-run lead.

Then Len Hutton unleashed Fred Trueman (with Alec Bedser, no less, at the other end), and everything went downhill for the tourists. Trueman’s second delivery to Pankaj Roy took off from a length, and the attempted hook went to first slip; after watching a rampant Trueman from the other end, Datta Gaekwad could only fend Bedser to gully.

Trueman then unleashed a slower delivery that took Madhav Mantri by surprise: his off-stump was floored. Vijay Manjrekar, the in-form man, lost his leg-stump the next ball. After 2.2 overs the Indian score read 4 for 0. They never recovered, and lost by 7 wickets.

4. Bangladesh vs Sri Lanka 2003: Pietermaritzburg: There have been occasions when a side has lost the first 3 wickets without a run on the board. Shaun Pollock, for example, had taken things a step further, reducing Pakistan to 0 for 3 after 5 balls by removing Saeed Anwar, Aamer Sohail, and Ijaz Ahmed (Pakistan miraculously recovered to 262).

Irfan Pathan’s hat-trick — the only one in the first over of a Test — had come off the fourth (Salman Butt), fifth (Younis Khan), and sixth (Inzamam-ul-Haq) balls of the Test. Nuwan Zoysa remains the only one to have taken a hat-trick with his first 3 balls of a match, but once again Sri Lanka had required 9 balls to reduce Zimbabwe (the poor batsmen were Trevor Gripper, Murray Goodwin, and Neil Johnson, all of who registered golden ducks) to 0 for 3.

On the other hand, Chaminda Vaas had taken things to a different plane altogether in the World Cup match against Bangladesh at Pietermaritzburg. The first 3 balls of the match saw Hannan Sarkar, Mohammad Ashraful, and Ehsanul Haque all falling to Vaas, leaving the scoreboard on a sorry 0 for 3 after 3 balls.

Sanwar Hossain tried to break the shackles with a boundary off the next ball, but Vaas trapped him leg-before with the fifth ball of the same over. A dejected Bangladesh crashed to 124.

5. Zimbabwe vs Sri Lanka 2008: Harare:  From the top of the order to the other spectrum: Zimbabwe were doing a decent job, having reached 124 for 3 in 27 overs. Enter Muttiah Muralitharan and Ajantha Mendis: the remaining 7 wickets fell for 3 runs in 4 overs, leaving Tatenda Taibu stranded. The last six batsmen — Elton Chigumbura, Timycen Maruma, Prosper Utseya, Ray Price, Tawanda Mupariwa, and Chris Mpofu — had all scored ducks.

6. Surrey vs MCC 1872: Lord’s:  The damage was done by James Southerton (later the oldest Test debutant — a record that still stands) and William Marten: it took MCC 18 overs (12 six-ball overs) to get dismissed for 16. The line-up included the likes of WG Grace, Alfred Shaw, and Thomas Hearne, but none of them managed to score a run. In fact, there were 8 ducks in the total innings, including the top six: MCC had lost their first 7 wickets without a run on the board.

7. Hampshire vs Warwickshire 1922: Edgbaston:  After Frederick Santall had taken the Warwicks to 223, Harry Howell and Freddie Calthorpe bowled out Hampshire for 15 in 8.5 overs; Phil Mead remained unbeaten on 6, Lord Tennyson managed 4, and William Shirley scored 1; the rest managed zero between themselves, thus equalling MCC’s “feat”. In what was one of the biggest turnarounds ever, Hants responded with a colossal 521 and bowled out Warwickshire for 158 to win the contest rather one-sided.

8. Wirral Cricket Club vs Haslington 2014:  Wirral Cricket Club (based near Liverpool) were bowled out for 3 against Haslington in a Cheshire Third Division match; it must have been a rare occasion, given that Charles Hodson, the No. 11 batsman, had scored all runs to have come off the bat. He remained unbeaten on one as all others registered ducks; there were, of course, 2 face-saving leg-byes; it took Ben Istead and Tom Gledhill 9.2 overs to complete the rout.

There is a catch, though: the runs had come in the form of a leg-bye and 4 byes, which meant that no batsman had scored a run off the bat. The wrecker-in-chief was Gavin Hardisty, who finished with seven for nought. Goldsborough Second XI’s score seemed to be unassailable, till in 2011…

10. Glastonbury vs Huish and Langport, 1913:  Huish and Langport’s archivist Toby Strang came out in 2011 with a scorecard that dated 98 years back. The “achievement” had been held back, but Strang mentioned that he hoped it would be recognised by The Guinness Book of World Records. 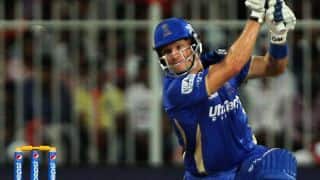 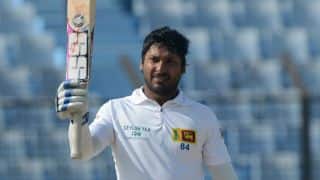