Dwayne Bravo gets a thumbs up for pull-out

Dwayne Bravo gets a thumbs up for pull-out

Amul’s latest advertisement gives thumbs up to West Indies skipper Dwayne Bravo for standing up for the cause of his players against the West Indies Cricket Board (WICB). The board and the players have been involved in a long battle over payment issues. The players finally decided to pull out of the tour after the fourth one-Day International thereby cancelling the rest of the fixtures which involved a T20I and three-match Test series. 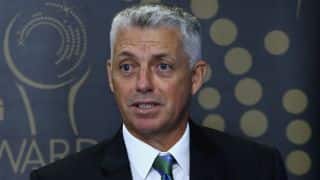