Dwayne Smith, coming out of obscurity, scored a sparkling ton on debut at Cape Town.

West Indies batting all-rounder Dwayne Smith was picked from obscurity by the selectors for the tour to South Africa in 2003-04. As the selectors were ridiculed for picking a player with a modest First-Class record, Smith gave a powerful riposte to his critics with a majestic hundred in his debut Test at Cape Town. Bharath Ramaraj looks back at Smith’s mystical brilliance in his debut match against South Africa.

When West Indies’ selectors plumped for batting all-rounder Dwayne Smith before their tour to South Africa in 2003-04, eyebrows were raised by cricket pundits as to how could someone who had never essayed a century in First-Class cricket till then for his team Barbados, suddenly make the cut to be picked for West Indies.

In fact, he was soon thrown into the line of the fire by the Windies think-tank, as he was picked to play in the third Test against South Africa at Cape Town. In fact, when he walked out to bat during his Test debut on January 6, 2004, the South African pace attack comprising of Shaun Pollock, Makhaya Ntini and Andre Nel had just made a mincemeat of West Indies’ batting line-up in the first two Tests of the series and were licking their lips in anticipation of bowling at a Test debutant without a fine record to back him up. Smith though, took everyone by surprise with his thundering flicks and lofted shots to ruthlessly dismantle the pace attack and essay a twinkling century on his debut. When Ntini bowled it short, he took it from off-stump and sledge hammered it over the mid-wicket region. He tore into chinaman bowler Paul Adams by wielding his willow like an axe.

Even when Paul Adams bowled it outside the line of his leg-stump, he flicked it with abundance of power to smash it over the cow corner for a six. As soon as Adams pitched it in line, with a little shimmy down the wicket, he tonked it over the long region for another six. The shots were hit at the speed of lightning from his bat.

The South Africans in an attempt to counter his breathtaking and exceptional stroke-play bowled a much fuller length. Astonishingly his bat speed was such that he made near yorker lengths from Ntini seem like a rank bad half volleys by driving them down the ground for boundaries. The ever-spirited Nel decided the best way to get him out was to bang it half way down the pitch and test him with short stuff. Smith though, was equal to the task by playing a crackerjack pull of Nel and the ball raced to the boundary boards.

Shaun Pollock, the wily seamer known for playing on  a batsman’s patience then constantly bowled  in that one foot square window outside Smith’s off-stump. However, Smith showcased that he can play the occasional cover-drive too by thumping him for a boundary through the off-side.

The tangle of nerves perhaps got to him, as on 92, Smith tried to play on the up against a back-of-a-length delivery from Nel, only for it to dangerously fly over the slip region. However, when a batsman is in that rarefied zone, he invariably goes for those high adrenaline risky shots. Smith did something similar by playing a power-packed drive of Nel on the up to reach the coveted the three-figure mark. An ecstatic Smith raised his bat to acknowledge the warm applause from the knowledgeable crowd and on expected lines, there were wild celebrations from Smith, as to essay a century on Test debut is a special moment for any batsman.

Yet, despite Smith’s pulsating knock, there was an inkling that he tended to play most of his shots through the on-side. It was evident that he struggled to open himself up and hit through the off-side during the innings.

As the years ticked by, the dream of donning the flannels of West Indies’ maroon cap seemed to be more of a distant dream for Smith. On a few occasions, Smith came to the party, but more often than not, found himself in a trench from where there was no way out for the batting all-rounder to engineer a comeback. His success for Mumbai Indians opened the flood gates for him to chart a comeback into the side for the abridged versions of the game. But even now, Smith largely struggles to make the cut to play for West Indies. Everyone though, reminisces that one thrill-a-minute innings from Smith at Cape Town and wonder what might have been. 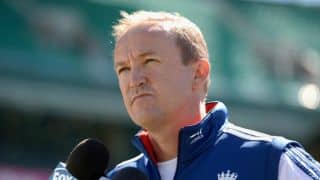 Andy Flower should resign as England need change of guard 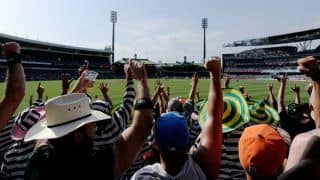