March 11, 1947. Sydney ‘Sid’ Hird, that Balmain tweaker, was named captain of Eastern Province after careers for New South Wales and in the Lancashire League. Eastern Province was left to defend a total of 42, but astute leadership and quality bowling helped Hird create history. Abhishek Mukherjee looks back at an impossible victory.

The name Balmain may bring a nods and a smile and a moist eye to the cricket fan, for it was where Archie Jackson, the man David Frith called ‘The Keats of Cricket’, had grown up. Balmain also gave the world Sydney Hird, a curious leg-spinner who came very close to earning a Test cap.

Playing for New South Wales (NSW) against MCC during their Bodyline tour, Hird claimed 6 for 135 (a decent haul: Herbert Sutcliffe, Nawab of Pataudi Sr, Freddie Brown, Douglas Jardine, Gubby Allen, and Bill Voce) and found himself in the 12 for the first Test at SCG. Unfortunately, despite coming agonisingly close to a Test cap, he never made it.

Note: NSW wicketkeeper Bert Oldfield injured himself during the match. Jardine, leading MCC, allowed substitute Hammy Love to keep wickets. Love stumped Pataudi and Brown and caught Jardine, all off Hird, with the big gloves on.

Hird moved to England, undergoing a transformation that may come across as ridiculous: given the nature of English wickets he switched to off-spin, and pursued a successful career for Ramsbottom in the Lancashire League, making a solitary appearance for Lancashire.

Note: The contract with Ramsbottom came only after a certain Don Bradman turned the offer down.

He moved to South Africa after World War II, and played for Eastern Province (and later, Border). He was appointed captain for his maiden season for the former, in 1946-47. It was during this season that he led them to the spectacular victory.

By this period Hird was a full-time off-spinner, though he often threw in a leg-break or two. The pitch was a rank turner: Hird, deprived of the services of ‘Tufty’ Mann, went in with off-spinner Oliver Reynolds, the curiously named left-arm spinner Steytler Thwaits, and of course, himself.

Spinners on a roll

George Wienand opened bowling for Border, skittling out Eastern Province for 124 (this, after they were 80 for 3) with figures of 8 for 38. They would remain his career-best haul. Border, too, were on a comfortable 95 for 3 before being bowled out for 135, ‘Ricey’ Phillips contributing with 46). Hird took 4 for 23 from 24 overs (32 six-ball overs).

Then came the second afternoon, where Wienand (4 for 20) and left-arm spinner Denys Woods (4 for 14), bowled out Eastern Province for a mere 52. Half the runs came off the bat of wicketkeeper Douglas Riemer. Thanks to the 11-run lead, Border needed a mere 42 to win the match.

Nobody gave Eastern Province a chance. True, Oldfield had defended 41 against Thomas Lord’s MCC (who they bowled out for 34) at Lord’s Old Ground, but that was way back in 1794. Napoleon Bonaparte was alive then.

Hird was not left with a lot of options: he knew he, along with Thwaits, had to bowl through till a result was achieved. However, he did something else. To quote Frith from The Slow Men, he thought the new ball “would be a waste”.

Neither Hird nor Thwaits had any difficulty gripping the old ball. Hird took out Cyril White and Alwyn Curnick in no time. Noel Kirsten (father of Peter and Gary, as well as Paul and Andrew) was promoted as night-watchman. Thwaits bowled him for a duck. The score read 8 for 3 at stumps with Seymour Reid and Phillips battling it out.

Hird removed both overnight batsmen with the addition of a mere two. Thwaits dismissed Harold Whitfield at the other end. Border, 14 for 6, were in a spot of bother, but surely 42 was within reach? Wienand and captain George Mandy pushed the score along, they reached 21, the halfway mark…

Then Mandy was run out, and Thwaits took out Sinclair Hubbard for a duck. Eastern Province were clearly on top at this stage — but Wienand refused to give up. Woods hung around grimly as Wienand reached double-figures, probably worth a ton given the circumstances.

The margin kept reducing. Then, with a mere 10 to score, Woods was claimed by Hird. Raymond Beesly watched Wienand add another 2 to reach 14; the target was now a mere 8.

– Eastern Provinces came third in that year’s Currie Cup. Hird finished with 16 wickets at 7.68, and led the averages chart.

– 42 remains the second-lowest total defended in a First-Class match. The only time a smaller total was defended was back in 1794, when Oldfield had defended 41. After scoring 92 and 78, they bowled out MCC for 130 and 34.

(Abhishek Mukherjee is the Chief Editor and Cricket Historian at CricketCountry. He blogs here and can be followed on Twitter here.)s 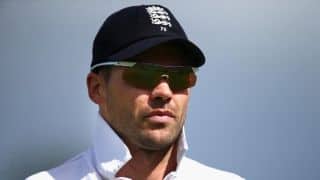