India s rise in cricket has been one without parallel in the history of the sport; and the transition deserved a book. In years to come, when cricket historians will look at awe at India s phenomenal rise, they will look gratefully at Eleven Gods and a Billion Indians.

Indian cricketers seem particularly disinterested on penning down books. And when they agree on one to be ghosted, the book provides little glimpse of anything the fans are not aware of. Such is their determination to stay away from controversy that they prefer lending their names to terribly bland books (Sanjay Manjrekar s Imperfect was a delightful surprise).

Indian cricket authors have done a stronger job in comparison, but not to the extent readers have expected them to. And that is precisely why Eleven Gods and a Billion Indians is the most important book in Indian cricket for some time, and it is going to remain the same unless someone else tries to emulate Boria Majumdar by not making an attempt to be politically correct.

Majumdar does not hesitate to call a spade a spade: There is the BCCI, a body that has little credibility left but one that still fetches INR 20,000 crore for IPL rights for five years.

Or secularism was pass , India was playing Pakistan and one had to offer jingoistic support.

Or while referring to a press conference of MS Dhoni: That he did not stand up for issues of probity, transparency and ethical behaviour will always be one of the criticisms levelled against India s best white-ball captain of all time.

Or [Sachin] Tendulkar s retirement was fast turning into a massive national celebration and anything critical was unacceptable in fact, unwarranted.

It is imperative that we appreciate the difficulty of the challenge. One must remember that, not very long ago, BCCI had placed an embargo on television commentators speaking against the board or the Indian captain in matches played in India; or that Harsha Bhogle was removed from a commentary panel for reasons we are aware of.

No, it is not easy to speak up, which makes the book all the more relevant. While chronicling India s terrific rise as the undisputed powerhouse in world cricket, Majumdar has not hesitated in delving deep into the murk of the politics of Indian cricket.

We had broad, very broad, outlines of the extent to which cricket administrators have stooped to from time to time and who they were, but little more. And it is this realm that Majumdar probes into and digs out facts we all wanted to know but didn t know where to look.

Majumdar also explains why the 2006 DLF Cup in Malaysia (remembered for witnessing the millionth run in ODI history) could have been more important to Indian cricket than it met the eye; or why Rajasthan insisted on Rahul Dravid presenting their case in front of the Lodha Committee when Chennai appointed a phalanx of lawyers; and more lesser-known aspects.

Caught in the Middle, Mike Procter s recent autobiography, has a separate chapter on Monkeygate, where he expresses exasperation at his helplessness as match referee. Majumdar does the same, providing a step-by-step unfolding of the entire chain of events behind the scenes.

There is substantial coverage of the two infamous captain-coach spats of the century, between Sourav Ganguly and Greg Chappell, and Virat Kohli and Anil Kumble. There is a third, a relatively forgotten one, that between Ganguly and John Buchanan, for KKR in 2009.

Majumdar touches upon the on-field cricket, not in minute details but as essential components of a timeline. Perhaps he realises the futility of the exercise where scorecards, reports and match videos are available if a person is equipped with decent internet connection. Instead, he chooses to provide quotes and anecdotes, obtained firsthand from personal interactions.

So we get to know what Dada himself feels about a bare-chested Sourav Ganguly at the Lord s balcony ; why the entire Indian team was denied of a breakfast at their hotel on the day of the 2011 World Cup semi-final; of how Andy Bichel and Buchanan perched atop sightscreens at opposite ends during KKR matches in 2009; and more.

In between all this, there are chapters dedicated to the past of Indian cricket once again, not of the matches per se but of the numerous cricket-board politics. There is a separate chapter on the clash in Bengal cricket, between the Maharajas of Cooch Behar and Natore. In short, there is something for the avid reader of the sport, too of events not very evident from scorecards.

Of course, the book is with its faults. There are typographic errors: surnames of Ramesh Powar and Murali Kartik are misspelled; India s defeat margin in the 2005-06 ODIs in South Africa was 0-4, not 0-5; and perhaps a couple of others.

Nitpicking apart, I really have a problem with two things. First, the chapter on KS Ranjitsinhji while rich in facts was probably not needed (it affected the pace of the book).

And secondly, there was little need to point out that Test and First-Class cricket are vastly different levels of cricket while referring to the milestones of Tendulkar and Jack Hobbs. Hobbs played his cricket before the Wars on non-standardised wickets and later, well after turning forty; the chasm was perhaps not as substantial.

But then, the book also stresses on how Kolkata biryani is so very different from the biryani you get in other parts of India

For some reason, cricket history often across as something that happened a century ago. What is typically overlooked is how, in less than three decades since 1983 India lifted the World Cup, co-hosted the next edition (and two more), sold television rights to satellite channels, eliminated the England-Australia domination at ICC, launched the IPL, and emerged as the ultimate powerhouse of world cricket.

It has been a transition without parallel in the history of the sport; and the transition deserved a book. In years to come, when cricket historians will look at awe at India s phenomenal rise, they will look gratefully at Eleven Gods and a Billion Indians.

Eleven Gods and a Billion Indians 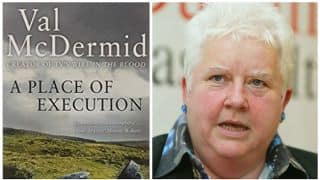