End of an era: Sir Don Bradman passes away

End of an era: Sir Don Bradman passes away

The day Don Bradman passed away.

February 25, 2001. Bradman fell short of yet another century when pneumonia claimed his life at the age of 92. Arunabha Sengupta pays homage to the greatest batsman ever to walk on earth.

In the early nineties, Australia was hammering England in series after series with relentless regularity. Losing had become such a habit with the Englishmen that Graham Gooch once collected a stump as souvenir after a huge defeat.

A venerable Don Bradman was watching one of these mismatched Ashes encounters when a journalist asked him how much he would have averaged if he had faced the English bowlers of the modern era. The legend thought for a moment and replied in his piping voice, “I’ll say about 38 or 39.”

The reporter was flummoxed. The Don had played Harold Larwood, Bill Voce and Hedley Verity, and later Alec Bedser — and had made his runs at 99.94. Now, the legend was claiming that the likes of Phil Tufnell, Peter Such and Andy Caddick would have restricted him to under 40.

“You mean the bowling has improved that much since your times?” was the amazed query.

Bradman quietly responded, “You must remember that I am 84!”

With the passing years, the greatest batsman who ever walked on earth had developed a sharp sense of humour as well.

But, such is the record of the man that it almost leads one to wonder if he was really kidding?

His humongous accomplishments in just 52 Tests — 6996 runs and 29 hundreds — will stand forever on the cricketing landscape like the Everest surrounded by gentle hillocks. Between his august achievements and any pretentious challenger across space and time, there exists enough daylight to play countless Test matches, and there remains scant chance of any umpire bringing out his light-meter. A handful of sublime greats have managed to average just about 60. There remains a gap between Bradman and the next best of nearly 40. One way of looking at it is that he remains one-full-decent-batsman ahead of the greatest of the others.

Maybe slightly lesser known, but almost as phenomenal are certain other statistics. He walked out to bat 338 times in First-Class cricket and 117 of those ended in hundreds — including three triple-centuries and a 299 not out in a Test match. The average in First-Class cricket was 95. His nearest rival in that regard, Vijay Merchant, scored at 71. In Sheffield Shield, he scored at a staggering 110.

Having dealt in hundreds during his playing days, Bradman continued almost in the same vein in life. He had outscored his greatest teammates and rivals, and now he outlived them. With time, several eyewitnesses of his greatness at the crease departed for the Garden of Eden. With them was buried many deep enmities that lasted for life — for Bradman was not really a very popular man.  There were sectarian rifts in the team which led to a big chasm in the Australian team of his era. The Protestant Bradman clashed with the Catholics in the sides of the 1930s. Besides, The Don came across as too ambitious and self-centred to many of his mates.

Yet, no one disputed his claims to absolute greatness as a batsman. Bill O’Reilly, perhaps his greatest critic, passed away in 1992, some months before Bradman made his observation about probable average against modern day bowlers. Even he refused to criticise The Don in public with the colourfully cited reason, “You don’t piss on statues.” Such was the aura of Bradman the cricketer.

Bill Bowes, the old England fast bowler of his day, used to recall, “You can’t tell youngsters today of the attraction of the fellow…business used to stop in the town when Bradman was playing and likely to go in — all the offices closed, the shops closed; everybody went up to see him play.”

Even when he entered his nervous nineties, Bradman took painstaking efforts to respond to every request and invitation personally. The responses became more and more negative as time wore on, with interviews politely refused and invitations to events and dinners regretfully turned down. But all of them bore his signature, itself a treasured possession for many.

At The Oval in 1948, Bradman was stopped four runs short of a career average of 100, when Eric Hollies bowled him for a second ball duck with a googly. John Arlott, the broadcasting great who celebrates his 99th birthday today, was in the commentary box and his emotional voice rang out, “Bradman bowled Hollies … nought …and what do you say under these circumstances? I wonder if you see the ball very clearly in your last Test in England, on a ground where you’ve played some of the biggest cricket in your life and where the opposing side has just stood round you and given you three cheers and the crowd has clapped you all the way to the wicket. I wonder if you see the ball at all.”

In life, it was pneumonia which stopped him eight short of a hundred in life on February 25, 2001.

The news of the passing of the legend did not really come as a shock, but it did send ripples of reactions across the face of the cricket world.

In England, Sir Alec Bedser, the bowler who had given him some trouble in his post-War days, summed him up as ‘The Best’.

In India, the man Bradman himself had identified as the batsman of the generation — Sachin Tendulkar — remarked that the whole world would miss him, and he himself had been fortunate enough to meet him.

In Sri Lanka, the captain of England, Nasser Hussain took his time out from the tour to remark that it was a sad day for cricket. The players of the two teams stood in silence for a minute.

A memorial service was held a month later, on March 25, at St Peter’s Anglican Cathedral, Adelaide. It was attended by a host of former and current Test cricketers, including five of the 1948 Invincibles team — Neil Harvey, Sam Loxton, Ron Hamence, Doug Ring and Bill Johnston. Among others who flew in from all corners were Greg Chappell, Bill Lawry as well as West Indians Viv Richards and Everton Weekes.

Richie Benaud spoke at the service remembering the great man and his remarkable feats:  “He had the most brilliant and incisive mind of anyone I have come across in cricket. But above all, he was a true Aussie. He was a sportsman not just for a few sessions, or a few days, but for all eras and all sports followers.”

The event was broadcast live on ABC Television to a viewing audience of 1.45 million.

A year before his death, in 2000, Wisden panellists voted him as the cricketer of the century. It was a 100-member panel. The number of votes The Don got was — fittingly — one hundred! 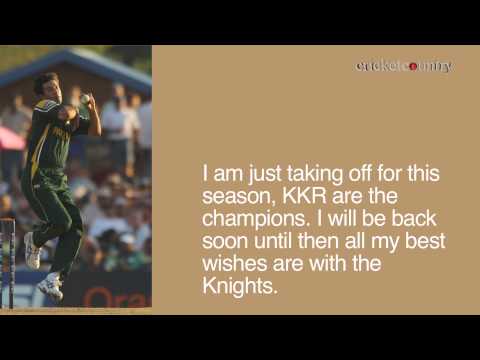