Swann’s retirement has thrown a lot of focus on the England setup.

Graeme Swann‘s retirement has thrown a lot of focus on the England setup. Swann would have entered the Ashes 2013-14 series thinking that at the end of a successful series, he would make the announcement of his retirement. That is when they were considered favourites. Now they trail 3-0 in the five-match series, before the fourth Test begins after Christmas on Boxing Day at the Melbourne Cricket Ground (MCG). Swann retired shortly after the third Test in Perth. He clearly felt that he wasn’t up for it and decided to call it a day, before he was dropped.

England’s performances has been nothing short of woeful. They have been outplayed by an Australian side not much better than them on paper. There have been calls for radical changes in the England setup and hierarchy. Swann is gone. Now Kevin Pietersen is being targeted. Former England captain Geoffrey Boycott has said many things about Pietersen in the aftermath of losing the urn. He has called for some strict measures to be enforced in the England system. But a knee-jerk reaction is not needed for now.

Many teams have fallen prey to players from a golden generation retiring too soon together. Australia had a similar issue from 2008-09 and it is only in this series that they seem to have got their winning mojo back. India faced a crisis in Test cricket right after the 2011 World Cup triumph and that too when they were No 1 in the rankings. The transition phase seems to have been completed now and India also have done it much sooner than any other country. They still have to achieve a lot, but it looks like there is a good talented core structure in place now.

England doesn’t seem to have core structure in place for the future. Many in this team have excelled so much in the last five years that such a situation was not foreseen, probably. Jonathan Trott’s indefinite absence due to a stress-related illness also has England short of an experienced head. The side is in transition phase and apart from Joe Root and Ben Stokes, there is a feeling that there doesn’t to be many young cricketers establishing themselves quickly in the team. Matt Prior’s abysmal form with both bat and gloves also puts his position on tenterhooks.

Prior is nearly 32 years of age, and while that is not too old for a cricketer, he may not enjoy the luxury of time on his side. Captain Alastair Cook is 29 and is England’s all-time leading century-maker. He is a classy and quality player and his position in the side still holds a lot of value. So, that leaves only Pietersen, as one of the mainstays in the batting department. Cook may break all the records as a batsman for England, but there is no denying that Pietersen is their best batsman.

He is 33 now, but what Pietersen can offer, very few can in world cricket let alone in English cricket. He is a match winner and a game changer. One innings from him can alter an entire series. So, England cannot afford to lose Pietersen at this crucial juncture. His experience, presence and aura are highly difficult to find and match. He has had a poor Ashes 2013-14 series, but so have almost everyone. Pietersen is a pure batsman, so, he can keep himself much fitter than the others. The burden of captaincy is not going to fall on him again, hence he only needs to focus on his batting.

Pietersen has shown in the past that when the chips are really down, he shows his true potential and leads the way. He leads by example and that is something the youngsters in the squad need to follow. If there are supremely talented players waiting in the wings to take over, then by all means replace Pietersen. But England does not seem to have many players readily available. So, trying to remove Pietersen is a very bad idea.

How he performs in the last two matches also should not have a bearing on his future selections. Other teams have made mistakes by changing things too soon or seeing changes happen too soon without planning properly. Andy Flower also might step down from his post as a coach after the Ashes series, thus ending England’s modern golden generation in cricket. But just because the golden generation is no longer there does not mean that some players left from it must also follow their lead.

Pietersen is needed for England and he should not be made feel like an outsider. He himself has said that he is not looking to retire, so that is a positive sign. A little faith and courage can go a long way in reviving Pietersen and English cricket for the future. 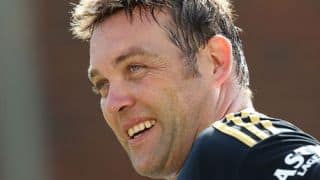