After they trounced India last year to become the top-ranked team in Test cricket, some of England’s players expressed that this side must go on to become their best-ever, and create a legacy. After they trounced India last year to become the top-ranked team in Test cricket, some of England’s players expressed that this side must go on to become their best-ever, and create a legacy. But after five loses in last nine Test matches since laying hands on the ICC championship mace, including the one against South Africa earlier this week, the English think tank is posed with some of the most boggling challenges in recent times.

The crushing innings and 12 runs loss in the opening Test against South Africa has put England in a do-or-die situation in defending their No 1 ranking.

The famed English bowling attack produced its worst show, taking mere two wickets as South African batsmen pummeled them for about two days. In the batting department, apart from Alastair Cook and Jonathan Trott to an extent, the England batsman fumbled against an attack which is worthy of being considered as one of the best in recent times.

What was surprising was the manner in which England lost the game, with their bowlers failing to make crucial breakthroughs, and their batsmen failing to dig in when most needed. Apart from Ian Bell and Matt Prior in the second innings, no English batsmen could actually pose a threat to the South Africans.

The manner in which they lost will indeed put a lot of psychological pressure on England, especially their bowlers. There were no demons in the pitch or the conditions that made batting difficult. Yet, England found both batting and bowling difficult at the Kennington Oval in London.

It was indeed a rare occasion in a Test match where one side was bowled out twice, while the other lost only two wickets.

The current side’s aspirations for becoming England’s best-ever and create a legacy are now far away things, as there are more imposing challenges at front. In past few months, they have lost more Test matches than have won – an area where they would definitely strive to improve. England Cricket Board (ECB) and their somewhat-rigid team management, which in the past has garnered appreciation for giving the conventional form of the game the topmost priority, must be astounded with the below stats.

Here is how England performed in Tests since becoming the No. 1 side:

After India’s whitewash, England travelled to UAE to take on Pakistan in January-February 2012, where they were drubbed 0-3 by the then fifth-ranked Pakistan. England did manage to draw a two-match Test series in Sri Lanka by 1-1 in March-April 2012, but their 2-0 win at home over a lowly West Indies was surely not much of a contest.

It is second time in the span of one year that South Africa are close to snatch the No 1 spot from England. Earlier this year, South Africa needed a clean sweep in three-match series over New Zealand to become No 1 – provided England lost all Tests to Pakistan. England did lose all three Tests to the Asian side, but South Africa could manage only a 1-0 win over the Kiwis.

England cricket is on the threshold of a new era. If they manage to bounce back against impregnable-looking South Africans in the upcoming weeks, they might go on to hold on the mace for few more months. But, there’s still no respite: England travel to New Zealand for a Test series in February-March next year followed by the Ashes in June 2013, but not before facing India in four Test matches later this year, on rank turners. 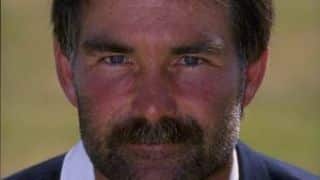