England’s opening pair of Alastair Cook and Moeen Ali is just another in a long line of failed stands at the top.

England stunned the cricketing world with their sublime performance in the Ashes few months back. They conquered the five-match Test series at home and silenced their harshest critics against the most dreaded side in Test cricket. But in the ongoing Test series against Pakistan in the UAE, England suffered a tragic blow in the second Test of the three-match series as they lost the battle at Dubai by 178 runs. After putting a gallant performance in the first encounter at Abu Dhabi where they were on the brink of an iconic victory they failed to replicate their magical performance in the second game. As the onus is on them to make a comeback in the ultimate clash at Sharjah, one can expect a couple of changes in the line up to take place. The axe is probably looming over Moeen Ali and England should recur with him as a middle-order batsman. Scorecard: Pakistan vs England 2015, 3rd Test at Sharjah

England’s opening pair adversity has witnessed an equitable chunk of time without unearthing a pertinent solution. Alastair Cook has cemented his spot with consistent performances at the top but has struggled to find an apt partner ever since the retirement of Andrew Strauss. In the recent times, England have failed to get desirable starts from their openers and have experimented with the likes of Nick Compton, Adam Lyth, Joe Root, Jonathon Trott, Sam Robson and Michael Carberry, but none worked to a great effect. In the ongoing Test series against Pakistan in the UAE, Moeen walked in with Cook to open the batting for England. But the move didn’t yield fruitful results as he floundered early on in the innings. READ: Trevor Bayliss backs struggling Ian Bell ahead of Pakistan vs England 2015, 3rd Test at Sharjah

Moeen’s style of play suggests that he is more of a middle-order batsman. He plays on his instincts and looks to attack every lose delivery. He’s an aggressive batsman who likes to take on the bowlers as soon as he makes it to the batting crease. Though he’s been successful in opening the batting against the white ball, he is now realising the challenges of Test cricket. The red cheery does all sorts of movement and a maverick approach against it at the top is not everyone’s cup of tea. It demands rock solid temperament and hawk’s concentration, and of course not everyone can be a Virender Sehwag. Moeen can arguably be very effective if he bats in the lower middle-order as he famously did in The Ashes and in matches before that. He is someone who can get you a quick fifty and push the accelerator, which is certainly required at No. 7 or 8. In fact, his highest score in Test cricket came against Sri Lanka while batting at 7. READ: England will need to make minor improvements for third Test against Pakistan, says Trevor Bayliss

Moeen has played couple of games while batting at seven and has a whopping average of 121, whereas at 8, he’s played six games and has a decent average of 32.40. On the other hand, he has a mere average of 12 as an opener in Test cricket. The anomaly clearly suggests that England is missing a trick in not letting him bat in the middle-order. If he bats in the middle-order, the ball could possibly be old and won’t do much of a movement, which could let him, break free. He won’t even have the pressure of providing a good start to the team or so. On the contrary, Ali has been effective with the ball. He’s been among the wickets and has the ability to break partnerships. In the two Tests so far, he has chipped six wickets and provided a breakthrough when England was in a desperate need of one. He’s a precious all-rounder who makes substantial contributions either with the bat or ball.

Ali is being made a scapegoat at the top. As Ian Bell has not done anything significant in the recent times, England could get Alex Hales as a replacement for him and push Moeen in the middle-order. In the ongoing calendar year, Bell averages just 26.55 from 12 games with just one hundred. Hales is yet to don the whites and has done a good job in First-Class cricket to deserve a spot in the Test side and it’s high time he gets so. He could be an effective opener as he possesses immense talent and potential but is yet to get his dues. If England are eyeing to square the Test series then there is a dire need for some amendments in the batting order. READ: Joe Root can become ‘phenomenal’, says Viv Richards 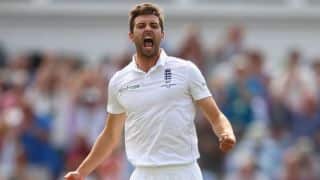 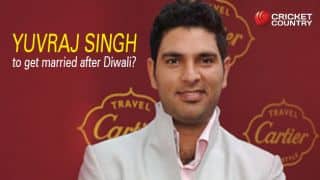 Yuvraj Singh to marry after Diwali?