After a disappointing display in the First Test in Ahmedabad, it was late on Wednesday  announced that the increasingly bedraggled England side would be sitting out the One-Day International (ODI) series against India in January. 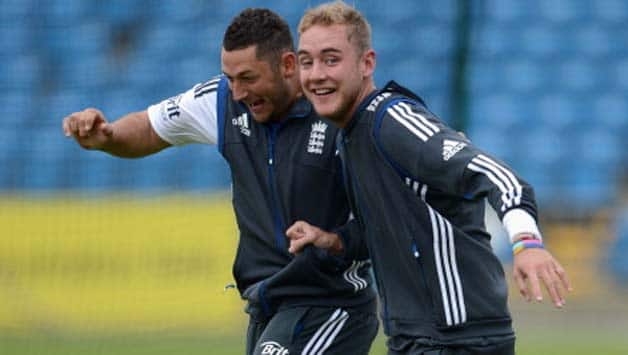 After a disappointing display in the First Test in Ahmedabad, it was late on Wednesday  announced that the increasingly bedraggled England side would be sitting out the One-Day International (ODI) series against India in January. Citing fears of burnout due to their packed schedule of international defeats, the England and Wales Cricket Board (ECB) further suggested that “the unbearably smug look on Ravi Shastri‘s face” was also a factor in choosing not to subject the team to a repeat of the 2011 pasting.

Initial reports had hinted that only coach Andy Flower would be rested for the five-match series early next year, ostensibly to allow him time to recuperate from his heavy workload as well as come up with several more ways to keep Tim Bresnan in the side without anyone noticing. However, after fans’ worst fears were realised about the hopeless task Alastair Cook’s men face throughout their Indian tour, ECB chairman Giles Clarke today stepped in to confirm that England would now not be fielding a side for the ODI leg.

Speaking from Michael Atherton‘s portable outside broadcast unit in the Wankhede Stadium car park, Clarke said that after a tour already beset by injuries, poor form and what he termed “Ian Bell‘s reckless, lusty excesses both on and off the pitch”, he and chief executive David Collier had come to the conclusion that it would be in the best interests of players, coaches and supporters if England just cut their losses and had a few weeks off after Christmas.

“After conducting a thorough analysis of the side’s recent performances in all three formats, David and I have decided that it would just be better all round if we rested the team during the forthcoming ODIs. I mean, let’s be honest, I think we all know what’s going to happen and Ladbrokes have already told me England’s odds to take the series remain unchanged despite our announcement. By giving the players some time off in January it will help them better prepare for the seam attacks and green tops they’ll face in New Zealand, which the last couple of years have shown are the true Achilles heel in English cricket. Sometimes you just have to acknowledge your weaknesses.”

Although news of the decision has prompted anger and disappointment in some quarters, most notably from the Indian middle-order, vice-captain Stuart Broad stressed that avoiding a soul-crushing defeat would allow England to “take a massive positive” and claimed Ian Botham – who had also voiced concern that refusing to play against better teams was a bit counterproductive – had “never won anything, can’t bowl as fast as me and was ‘pretty average’ at Fifa.”

Pepsi's sponsorship promises to fizz up things in the IPL