If they can beat the Black Caps, England may well become the first team in history to win two World T20 trophies.

A year ago, England were a sub-par ODI team, even at home. After beating India in a Test series in 2014, they had been thrashed 1-3 in the five-match ODI series that followed. Their 2015 World Cup campaign was, unsurprisingly, an unmitigated disaster. They were thrashed by Australia by 111 runs. After that they were absolutely disgraced by New Zealand — Tim Southee took 7 for 33 before Brendon McCullum blasted 77 off 25 balls. READ: England vs New Zealand, T20 World Cup 2016, 1st Semi-Final: Which team has the cricketer-for-cricketer advantage?

Scotland were dispatched by 119 runs in one of only two matches England won. Sri Lanka chased down 310 with 9 wickets in the bank. If England thought their match against Bangladesh would have been an easy win they were sorely mistaken; Bangladesh beat them by 15 runs and sealed a place in the quarter-final — a place most assumed would be taken by England. Afghanistan too were defeated, but what that meant was that England’s only victories at the 2015 World Cup came against non-Test sides. READ: England v New Zealand, T20 World Cup 2016, 1st Semi-Final at Delhi, Preview

Since the 2015 World Cup, England have been the third-most successful ODI team in terms of matches won. They are behind only Bangladesh, New Zealand, Australia, and South Africa among all Test-playing nations in terms of win-loss ratio. In this same period in T20Is, they are fourth on the list of most successful teams by win-loss ratio, behind New Zealand, Afghanistan, and India. Their limited-overs cricket has vastly improved in this time, and the fact that they are in the World T20 semi-final should come as a surprise to no-one. READ: T20 World Cup 2016: Why England can edge out New Zealand in semi-finals

England have managed a complete turnaround in fortunes since the 2015 World Cup, and credit should go to the England management for making brave selections and going for players against their usual traditions. In Jason Roy and Hales England have two hard-hitting opening batsmen. Root is one of the finest cricketers across formats. He proved that with a splendid innings in a massive chase against South Africa earlier in the tournament. READ: Joe Root firmly asserts his place in modern batting mastery after England’s victory over South Africa in T20 World Cup 2016

Morgan is always a threat in the middle order. Buttler is among the best hitters in international cricket. Moeen is improving as a bowler with each season, and is always a bankable option with the bat. They also have a tremendous all-rounder in David Willey. The inclusion of Willey means that England have the deepest batting line-up of the tournament. Willey, who usually bats at No. 9 or below, has a T20 century while opening batting.

This ‘New England’ team has the talent and firepower to go all the way in this tournament. They face their toughest opposition yet in New Zealand. If they can beat the Black Caps, England may well become the first team in history to win two World T20 trophies. England cricket has come a long way since their abysmal 2015 World Cup campaign. 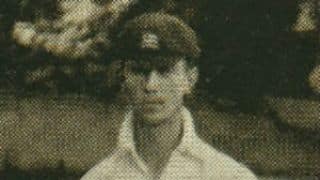 When the ventriloquist got a wicket 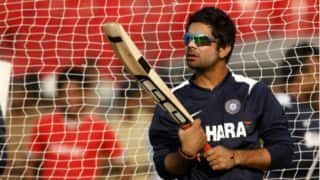