The contest between England and South Africa will be built around many sub-contests between players.

The T20 World Cup 2016 is gaining momentum with every passing day and Friday will take the excitement to another level with a double-header. While Australia will take on New Zealand in Dharamsala in the day, the evening will witness a clash between England and South Africa. Both the teams were involved in an enthralling series in South Africa last month, where the Proteas came from behind to win the five-match ODI series 3-2 and won the two-match T20I series 2-0. This fact will play on the minds of Englishmen when they take field in Mumbai. But with this being a new tournament and conditions being completely different, no team will start as favourite. With the involvement of some of the biggest T20 stars, the match offers exciting individual duels. Chinmay Jawalekar presents a look at five prospective key battles from the match. FULL CRICKET SCORECARD: England vs South Africa, T20 World Cup 2016, Match 18 at Mumbai

Joe Root vs Dale Steyn: The battle between Joe Root and Dale Steyn is a classic one. While Root has been dominating the bowling attacks of different teams in different conditions and accumulating runs at will, Steyn has been a force to reckon with too. Best of the batsmen world over have struggled against him. A fierce competitor, Steyn has the ability to run through the opposition batting line-up on his day, irrespective of the format. This makes the duel between the two all the more fascinating. If England lose either of Alex Hales and Jason Roy early, Root will be exposed to the Steyn gun early on in the innings. Watch out for this contest. READ: England vs South Africa, T20 World Cup 2016, Match 18 at Mumbai, Preview: Proteas look to make winning start

Jos Buttler vs Kagiso Rabada: Jos Buttler is another talent to watch out for in England’s line-up. The explosive wicket-keeper batsman, who will be playing at his soon to be home-town Wankhede Stadium after being bought by Mumbai Indians (MI) in the IPL player auctions, has the ability to destroy the opposition attacks in the death overs as he bats low. On the other hand, South Africa’s find-of-the-season Kagiso Rabada is immaculate with his line-length at the death and is virtually impossible to score against. He gave a good account of it last year when in a pressure game on his first tour to India, he managed to keep MS Dhoni quiet and successfully defended 12 runs in the final over to help his team win. It will be interesting to see who emerges winner in this battle.

Adil Rashid vs AB de Villiers: If Adil Rashid’s recent exploits with the ball, and to some extent with the bat are anything to go by, the leg-spinner is going to play a vital role for England in this World Cup. Up against him will be the player with superhuman abilities — AB de Villiers. The South African batsman has been, arguably, the world’s best across formats and can play pace as well as spin with equal ease. The only Englishman who looks to have the best chance to stop De Villiers is Rashid, who has some interesting tricks up his sleeve. If it happens, the contest between the two will potentially be the match defining one.

Eoin Morgan vs JP Duminy: English skipper Eoin Morgan is an integral part of their batting. His role in the middle-order has been extremely crucial over the past few games and it is his performance that has mostly determined England’s chances in that particular match. His counterpart JP Duminy plays a similar role for his team in the middle. However, Duminy is also a more than decent off-spinner, who has the knack of netting big fishes. If he gets to bowl at the southpaw Morgan, the natural angle is bound to trouble the England captain, making it a contest to watch out for.

Moeen Ali vs David Miller: Moeen Ali, who started off as more of a part-time bowler, has quickly grown in stature and has now become England’s frontline spinner across formats. His ability with bat and ball as well as his role of being a floater in the batting line-up makes him a valuable member in the line-up. On the other hand, David ‘Killer’ Miller is the finisher for Proteas who provides the thrust to the innings towards the end. While Miller is extremely comfortable with the ball coming on to his bat at a decent pace, he struggles against quality spin. Ali, with his natural angle against the left-handed batsmen, will put up a challenge for Miller and surely test him with his variations. This offers to be a mouth-watering battle. 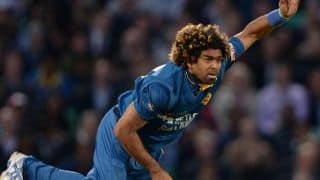