The burden of captaincy does not seem to affect Angelo Mathews, as he slammed his second Test century.

The burden of captaincy does not seem to affect Angelo Mathews, as he completed his second Test century to help Sri Lanka recover from a tough position against England in the first Test match at Lord’s. Shiamak Unwalla looks at the man who could one day become one of Sri Lanka’s greats.

Angelo Mathews is not yet a name that would instantly come to mind when one thinks of Sri Lankan cricket. He does not possess the flair of Kumar Sangakkara, the elegance of Mahela Jayawardene or the belligerence of Tillakaratne Dilshan. While bowling, he hardly evokes the terror of Lasith Malinga or the deadliness of Chaminda Vaas.

And yet, he is one player who Sri Lanka can bank on for the future. Youngsters like Lahiru Thirimanne, Dinesh Chandimal and Kaushal Silva are still to prove themselves consistently, while bowlers like Nuwan Pradeep, Shaminda Eranga and Suranga Lakmal are sometimes in and out of the side.

Mathews is someone who can be relied on to perform whenever and wherever required. With the bat, he brings an air of discipline and dependability to the crease. In the 38 Tests he has played, he has scored 2,308 runs at an impressive average of 46 with and 14 fifties and two hundreds, including a splendid 102 at Lord’s in the ongoing match.

As a frame of reference, Sanath Jayasuriya — widely considered one of the most impactful Sri Lankan batsmen of all time — averaged only 40 with 14 hundreds and 31 fifties in 110 games. Of course, Jayasuriya performed a different role entirely, and comparing the two does not tell the full story. But the fact that Mathews’ batting has great potential is unquestionable.

Mathews’ One-Day Internationals’ (ODIs) record is also quite impressive: In 127 matches, he has scored 2,726 runs at an average of 36.83 and a strike rate of 83.85. He is yet to hit a hundred, which is understandable given the position he bats at, but has 19 fifties to his name. For someone who bats in the lower-middle order, these are very impressive figures. When compared with Jayawardene, he actually has a higher average and strike rate in ODIs. Again, this does not present a big picture, but shows Mathews’ skills even in the shorter format.

On the bowling front, Mathews is less exciting. He is more of a line-and-length bowler who can slip in some tight overs than an all-out wicket-taker. He is certainly less-than-effective in Tests, as a bowling average of almost 71 and a strike rate of 138 would suggest. In ODIs, however, his bowling gets far more impactful. A bowling average of 35 and strike rate of nearly 47 coupled with an economy rate of just 4.48 prove his effectiveness.

It seems that Mathews will never be as iconic a figure as Jayasuriya or Jayawardene. He seems destined for a less glamorous role: that of a workhorse who can be relied on through thick and thin. In a team that will potentially be filled with mavericks, Mathews will be the stable influence that will provide direction to the team.

Being the captain of the side, his role will be to marshal his players and give them direction. For someone with a mature head and his shoulders, Mathews should be able to rise to the task admirably. If he can keep up his good start, Sri Lankan cricket can rest assured that he will lead them to great heights. 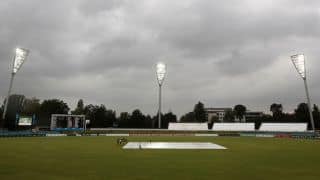 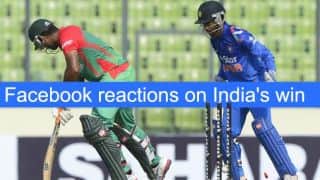