Joe Root’s double ton, Sri Lanka’s solid fightback and all the other highlights from the second day’s play at Lord’s by Abhijit Banare.

Short balls keep England in check: It was an interesting strategy which left everyone surprised, but the Lankans knew what they were doing. Matt Prior was tested with a series of short balls, and was content to just shuffle across and work it away. Since there wasn’t much pace or threatening bounce, Prior went after them with a pull shot. However, Shaminda Eranga trapped the batsmen with one that came right above his rib cage while shuffling across. Prior could only fend at it, allowing the forward short-leg to take the catch. It was a battle won by Lanka in the morning.

Stuart Broad’s breezy inning: Stuart Broad wasn’t in the mood to simply support Root and stick around. He took on the bowlers, swinging his bat at will. He quickly raced in to the 40s until he was caught in the deep. The 38-ball 47 boosted England’s score while Root was going solidly.

The lord of Lord’s, Joe Root: Keeping aside the fact that two of Joe Root‘s big innings have come at Lord’s, it was a brilliant performance from the Yorkshire batsman. The technique was rock-solid and the strokes only got more fluent as the innings progressed. It was worth the wait to declare until Root reached his landmark. It was a fluent knock from Root, as much of the hard work was already done on Day One while rescuing the team from a precarious position. Root has established himself as an exceptional talent, being the fourth youngest Englishman to score a Test double ton.

Sri Lanka successfully negate the swing concern: The pressure was on the Lankans after they conceded 575 and were to face the swing and seam of Stuart Broad and James Anderson. But the inexperienced pair of Dimuth Karunaratne and Kaushal Silva did well to negate the little swing. Once the ball got a bit old, the pitch had nothing much to offer.

Busy day for the Third umpire: It was a testing day for the umpire upstairs, as he was left to take some tough calls. The first one of the day was the stumping of Stuart Broad. Replays showed that Broad’s foot was on the line, but the different camera angles added to the confusion until the benefit of doubt went to the batsman. Broad went on to score 47. The next one was Dimuth Karunaratne’s leg-before appeal which has accepted by the umpire. Everything about that dismissal looked fine until the hawk eye showed the ball passing over the stumps. Another DRS call that went Lanka’s way. The next one was Matt Prior’s catch off the edge of Kaushal Silva.  Once again, the numerous replays only added to the doubt that the ball might have brushed a blade of grass before landing in the keeper’s gloves. Silva survived and is going solid unbeaten. 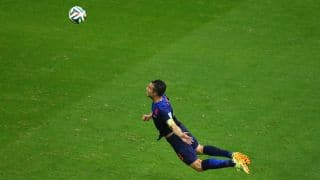 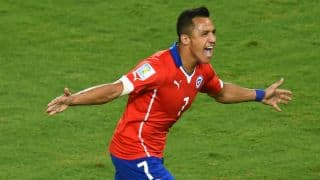