Something that the 2006 Lord's match teaches their successors is the intent they showed.

Having a team that consists of world greats, tasting success, being ranked as one of the top teams in the game of cricket— these are things a team dreams of and these are things that Sri Lanka have witnessed in their history of the game. The fact that the team is struggling to fill up the huge void left by Kumar Sangakkara is a fact that cannot be ignored. Angelo Matthews stands between the two eras of Sri Lanka cricket and tries to fight all odds to help his side regain the glory it used to enjoy and probably something they need is to extract the spirit of the Lankan team during the Lord’s Test in 2006.  LIVE CRICKET SCORECARD: England  vs  Sri Lanka , 3rd Test match at Lord’s

England do not have a brilliant record at Lord’s, considering the fact that it is their home ground. Sri Lanka, on the other hand, also do not boost of a great record. Sri Lanka have never been able to win a single Test at Lord’s against England. Of the seven occasions they faced the hosts, England won twice and five of the matches were drawn. But as a optimist would say, they have not lost a Test at the Lord’s in the past 25 years.

Looking at the way Sri Lanka performed in the current series, one can prominently say that they have improved a lot from how they had started. Sri Lanka started off with a great performance with the ball but bizarre batting performance. The positive that the team can take from the last two defeats is the fact that their dependent batsmen have worked on their weak zones and have found out ways to combat and improve. If compared, the efforts put in by Sri Lankan batsmen are prominently more than how English batsmen worked on theirs in the past few days. In the bowling department, the Lankan bowlers are unaware of how the ball will behave most of the time and they are learning with every experience. England, on the other hand, has a very sorted bowling attack playing in the familiar conditions which is adding to the difficulties of an inexperienced batting line-up of Sri Lanka.

After so much effort put in, a victory is something that will boost the morale of the players to do well in future. England have already pocketed the series and a win at the prestigious Lord’s ground will not only help them gain some respect but will also create  history, handing them their first victory at the ground.

Apart from all the mastery in the game the great players Sri Lanka had in the past, something that the 2006 Lord’s match teaches their successors is the intent they showed.

An Andrew Fintoff-led England had done brilliantly in the first innings of the first Test of the series that year. Marcus Trescothick started things off with all the right spirit, scoring a hundred while Andrew Strauss provided the perfect support with his 48. While Sri Lanka were thinking of a ray of hope with a few wickets, Alastair Cook came in with an innings of 89 runs. Even that was not all, as Kevin Pietersen played the best innings for England in that match, scoring 158, while Paul Collingwood’s 52 and Andrew Flintoff’s 33 aded to the visitors misery. Confident Flintoff declared the innings at 551 for 6.

More to England’s delight, Matthew Hoggard-Sajid Mahmood pair helped reduce Sri Lanka to 192 all out with the only mentionable contribution coming from Mahela Jayawardene. England were dominating and all they were expecting another similar innings from Sri Lanka. As Hoggard removed Jehan Mobarak in the fifth over of the second innings itself, the chances seemed stronger.

Sri Lanka fought back. It was an innings that can be ranked amongst the best ones ever seen in cricket history. The innings proved the fact that cricket is a team game as the entire batting line-up contributed towards a draw. While Jayawaredene played the heroic of a 119-run innings, Upul Tharanga, Kumar Sangakkara, Farvez Maharoof, Tillakaratne Dilshan, Chaminda Vaas, Nuwan Kulasekara— all the players scored half-centuries which resulted in a score of 537 for 9.

The current Sri Lanka players need to believe in themselves. They must get this fact into their mind that there must be some factor, some qualities based on which they have been selected for their national team. A victory is all they need to boost their confidence and if they can show the same intent and team spirit, they can avoid the humiliation of being whitewashed in the series. 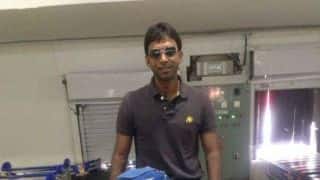 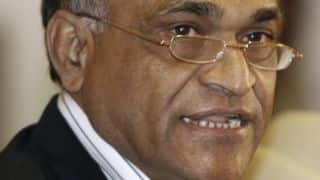