With the series levelled 1-1, all eyes shift to the home of cricket Lord's.

A fortnight back, cricket world would have paid little heed to this Test. England were favourites against West Indies. They routed the visitors in the Day-Night Test. They were supposed to pocket the series at Headingley before the West Indians pulled off a surprise. In one of the most remarkable comebacks, West Indies riding on Shai Hope’s brilliance pulled off the impossible. England lost by 5 wickets. With the series levelled 1-1, all eyes shift to the home of cricket Lord’s. Full Scorecard: 3rd Test between England and West Indies

James Anderson vs Shai Hope: A circle may turn full for Anderson. Fourteen years back, a charming young lad, resembling David Beckham, made his debut at the same venue. He is now 3 short of 500 wickets. When he gets there, he will be the only third pacer to do so, after Courtney Walsh and Glenn McGrath. He is already England’s most successful bowler.

Anderson will be up against the resilient Shai Hope, who scored 2 centuries at Headingley, marking West Indies’ remarkable return. Anderson got Hope in the first innings of the previous Test. Hope already has emerged as West Indies’ batting backbone. England will be counting on Anderson to break that.

Stuart Broad vs Kraigg Brathwaite: The name ‘Brathwaite’ has haunted England enough. Carlos was the big guy, who slammed Ben Stokes for 4 consecutive sixes to down them in the World T20 finale last year. Now it’s the little man Kraigg. His 134 and 95 at Headingley played the decisive role in West Indies’ famous victory. His stumps were disturbed by Broad in the first innings. The tall pacer will eye to do the same but not after the long wait.

Broad is well capable of running through sides, if it is his day. He has already claimed a seven-for against West Indies in 2012. He will be eyeing a repeat of the same.

Moeen Ali vs Jason Holder: When the chips are down for England, Moeen is often the side’s crisis man. The England camp will look forward to their champion all-rounder to help them win the final Test. Moeen is the side’s primary spinner and his contribution lower down the order is invaluable.

Holder’s role for West Indies as a player is not different. As the side’s skipper, he will be crucial in adding important runs lower down the order and will look forward to take advantage of Moeen’s weakness by peppering him with short-pitched stuff.

Joe Root vs ‘law of averages’: The likes of Virat Kohli and Root seem to have no regard for the term called ‘law of averages’. It was in Chittagong in October 2016, which was the last Test where Root did not slam a fifty-plus score. Since then, he has scored at least 1 above 50 score in the 12 Tests that he played. England will hope their captain’s honeymoon with the bat continues in the must-win game. Root seems unperturbed against any kind of bowling attack. The only demon he fights is the ‘law of averages’. 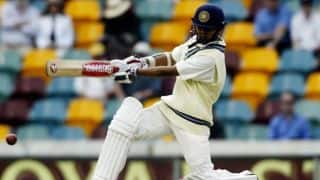