The track is hard, dry, and flat. More importantly, the clouds are expected to make way for the sun. If the observations and predictions remain true, The Oval will prove to be nothing but a Bermuda Triangle for the bowlers.

The average first-innings score at Kennington Oval is 248. That comes down to 213 in the second innings. However, not long ago did New Zealand smash 398 for 5 at the very venue, suggesting that the track can be a slaughterhouse for bowlers.

Luck sided West Indies in all the ODIs so far. They chose to bat first in the first two matches, but invited England batters in the last contest. That being said, they trail 0-2 in the five-ODI series, with one match abandoned due to rain.

West Indies, for apparent reasons, cannot win the series from here. If anything, winning the remaining two matches and levelling it 2-2 can be nothing but a consolation on a gruelling tour where they have tasted victory only once. Winning toss and batting first would be wise.

Ben Stokes was arrested after an altercation in the public. Alex Hales, present at the spot with Stokes, has also been suspended as well for the fourth encounter. Hence, the question beckons: who will replace the two talismanic players?

Who better than Jason Roy, for that matter, can partner Jonny Bairstow at the top? Although Roy went for a duck in the only T20I between these teams, he has a knack of taking everyone by surprise with his superiorly belligerent batsmanship. He is also one of the best fielders in the world.

Adil Rashid and Moeen Ali will continue managing the spin department. With Stokes out, Moeen — now the second-fastest centurion for England — will get to bat up the order. England anyway bat deep, with Chris Woakes’ ability to score runs at a brisk rate.

The Gayle-storm had almost eclipsed Moeen’s heroics, but Adil Rashid ran the Caribbean Marauder out when the big man was 6 short of the three-figure mark. England will have to be mindful of Chris Gayle’s abilities if they are to seal the series before they head for the final match of the series.

The only change, however, West Indies may make is dropping Miguel Cummins at the expense of Alzarri Joseph. Otherwise, further changes may disrupt the team’s momentum.

The track is hard, dry, and flat. More importantly, the clouds are expected to make way for the sun. If the observations and predictions remain true, The Oval will prove to be nothing but a Bermuda Triangle for the bowlers.

Of the matches played here during the Champions Trophy, there were five occasions when the teams scored over 300. The latest was Pakistan’s 338 for 4 against India in the final.

The predictions also include two milestones waiting: Chris Gayle needs 3 more sixes to take his tally to 250, while Joe Root needs 60 runs more to become the fastest Englishman to 4,000 runs. 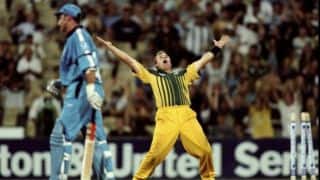 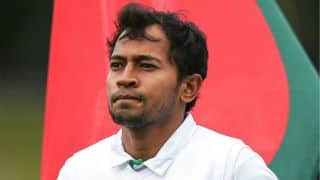