In the decades bygone, a series West Indies-England series would have been much anticipated. Sadly, the same cannot be said right now. 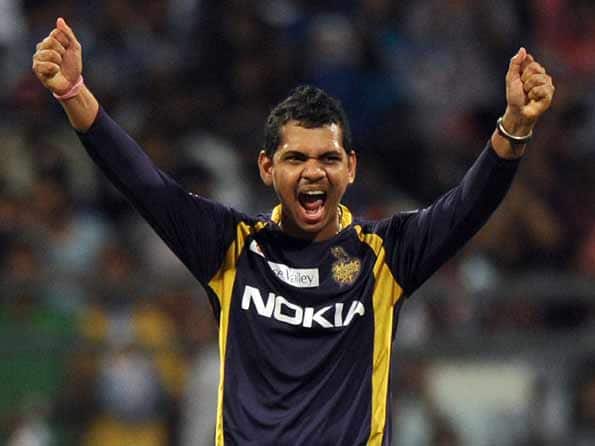 One can only imagine the plight of the English batsmen if mystery-spinner Sunil Narine was picked to play. Unfortunately, he isn’t in West Indies’ Test squad © AFP

In the decades bygone, a series West Indies-England series would have been much anticipated. Sadly, the same cannot be said right now.

West Indies went on a steady decline in the last 15 years, while England recently became the No 1 Test team in the world. What was once a battle between the top two sides appears to be a mismatch today. Nevertheless, there is plenty to look forward to in this series featuring former arch-rivals. England will look to outperform their opponents and justify their position at the top of the standings. On the other hand, West Indies would like to go a step further and prove it to the world that the glimpses of brilliance they displayed during the series against Pakistan, India and Australia were not just flashes in the pan.

England has looked unbeatable at home. The thrashing they handed over to a team like India and dethroning them from the summit of Test cricket speaks volumes of this side’s potency in the familiar conditions at home. They series against Sri Lanka proved that the team is in good nick. England’s batting and bowling department look equally formidable. It’s going to be an arduous task for the opposition to keep them at bay for a major part of the game. In the last five years, England has lost just five of the 34 Tests that were played at home, that too against sides that were then ranked above them.

West Indies, on the other hand, has been steadily increasing its fan base since the last couple of years. Darren Sammy has reignited the spark that went missing in their camp. There is a new positive attitude that has replaced the lethargic approach. The new breed of West Indians wears their hearts on their sleeves and gives their best on the field irrespective of the opposition. They almost trumped Pakistan at home, drove India to the edge while playing in India – a feat very few teams can currently boast of, and gave Australia a run for their money recently. It is unfortunate that the West Indians haven’t been able to pull off a series victory yet, but they’ve gelled well as a team, and are due for something big. The West Indians have lost five of the last six Tests played at England, but this is the best chance for them to reverse their fortunes.

West Indies’ batting looks a little fragile at the top but the middle-order is intimidating. Players like Shivnarine Chanderpaul and Darren Bravo can be a thorn in the flesh of the English bowlers; however it’s important that the rest of the batsmen rally around these two. Adrian Barath, Kieran Powell and Kirk Edwards are all young batsmen who learning the rigours of Test cricket. They handled the threat posed by the Australian bowlers well a few months ago, but this time around the conditions are going to be completely different. Moreover, England has a world-class bowling attack at its disposal. James Anderson, Stuart Broad, Tim Bresnan and Graeme Swann can certainly pack a punch.

England’s batting line-up is currently one of the best in the world. Alistair Cook has been magnificent at the top, whereas Andrew Strauss will look to perform better and silence his critics once again. Their middle-order consists of authentic Test batsmen like Jonathan Trott, Ian Bell, and a dynamic player like Kevin Pietersen. In fact, an in-form Pietersen is what the West Indians should be very wary of. Their bowling attack is certainly not as terrifying as before, but the likes of Ravi Rampaul, Kemar Roach, Fidel Edwards and Shane Shillingford are capable of springing a surprise. One can only imagine the plight of the English batsmen if mystery-spinner Sunil Narine was picked to play. It is unfortunate that he isn’t in West Indies’ Test squad.

Shivnarine Chanderpaul – He has been West Indies’ most reliable batsman since the last few years. The fact that he is currently the No.1 Test batsman in the world says it all. The English bowlers will have to come up with something special in order to get through his defense or find a loophole in his watertight technique. West Indies’ batting must revolve around him.

Darren Bravo – With two fifties in two consecutive innings in the warm-up fixture against England Lions, Bravo has made a strong statement with the bat. England cannot afford to take him lightly. His ability to adapt to different situations is what makes him a unique customer. Like Chanderpaul, he too is capable of playing a long and meaningful innings.

Graeme Swann – He is arguably the best off-spinner there currently is, and it will be interesting to see how the West Indian batsmen handle him. The fact that Monty Panesar too is vying for a spot in the English Test squad will ensure that Swann stays on his toes. He didn’t find much success against India a few months ago, but will be hoping to bag a few more wickets this time around.

Alaistar Cook – England’s leading run-getter since the last 12 months in both Tests and One-Day Internationals (ODIs). If he carries on his good form, then that won’t augur well for the West Indies. It’s important that they skittle him out before he settles down.