England Women enter the ICC Women’s World Twenty20 (T20) 2016 with a hope to win the Women’s WT20 title to their name once again. England won their first ICC Women’s WT20 title in 2009, which they hosted. In 2009, England won against India, Sri Lanka and Pakistan to reach the semi-final against Australia, who remain the defending champions in World T20 till date. They beat Australia to reach the final against New Zealand winning the match by 6 wickets. Two batswomen, who played key role to guide England to their first win was Sarah Taylor and Claire Taylor. But sooner their performance in World T20 started depleting. READ: Sarah Taylor calls playing Australian first-grade cricket ‘intense, hard, rewarding’

In 2010 World Cup at West Indies, England won just one match against South Africa Women by 56 runs, this time it was Laura Marsh and Lydia Greenway who stood out for their innings. In 2012 World T20 held at Sri Lanka, England were successful to reach the finals but unfortunately lost to Australia by mere 4 runs. Charlotte Edwards, who was the only batswomen, who helped England chase the total, but Australia proved to be mightier with their bowling spells. In 2014 World T20 held at Bangladesh, Ireland and Bangladesh also made an entry but England went past them and won three matches out of four leading them to finals yet again with Australia and Australia comfortably winning the match by 6 wickets.

Charlotte is the captain of England team, who has led her team to World Cup and World T20 titles, who has been in charge of the team for last 10 years. Sarah and Lydia have remained prominent players for England throughout the tournament but Charlotte remains on top with regards to maximum runs of total 566 and best score being 80.Sarah is the second best player with 492 runs and best score of 62 not out. From the bowlers perspective, Anya Shrubsole is on top with maximum wickets of 19 and Jenny Gunn is the next bowler, who stands tall as highest wicket taker with total wickets of 15. England have a balanced side who can turn to be unexpected winners. READ: Katherine Brunt heartbeat of team, says former England Women Performance head

This year’s World T20 title will be a tough competition with defending champions Australia fighting for their fourth title while India have made giant strides, South Africa entered the finals in World T20 final in 2014, West Indies could also put up a fight, while New Zealand have remained competitive right since the start of the World T20. 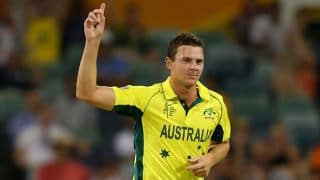