Flower and Cook would make for easy scapegoats, but do England have players to rebuild?

An outcome of this magnitude was unexpected when England landed Down Under. Former cricketers and pundits, from either side of the fence, or neutral, placed their bets on England steamrolling a seemingly helpless Australian outfit. The rationale was impenetrable and the recent spate of results neatly propped their belief. What transpired, though, was remarkable. The story of the second leg of the Ashes can compete against fictional bestsellers, and it’s understandable that a few experts of the sport haven’t refrained from terming it as one of the quickest, but most notably, finest, comebacks in cricketing history.

Prior to the commencement of the first of the back-to-back Ashes, it can mildly be stated that the Australians were a disoriented bunch. A few top players washing their dirty linen in public notwithstanding, the think-tank was tinkered with, too. Darren Lehmann replaced Mickey Arthur, a move that received mixed response from the cricketing fraternity, but a can of worms had been opened. With the commotion ensuing in Australia’s camp, England strolled through that series, retaining the coveted urn with minimal effort. Having won four of the last five Ashes, the English were revelling in what appeared to be their golden era. Their camaraderie looked impregnable.

Then, within days of touring Australia, the invisible glue that held them together withered away. It certainly wasn’t by-product of a weak foundation. It was the same core group of players who hammered India on archetypal sub-continent turfs and put forth a solid front against other formidable opponents, too. Nonetheless, Jonathan Trott was the first to fall after Brisbane, Graeme Swann revealed he’d had enough after Perth, and in the interim, Matt Prior slipped to a juncture where he was no long touted as the best wicketkeeper-batsman. Stuart Broad had his feet bombarded by Mitchell Johnson’s crushing yorkers, whereas the rest copped blows on helmets and ribs. The swift descend was unfathomable.

From being hailed as England’s best line-up ever to being branded as a bunch of ‘one-day clowns’ — words of erstwhile batting legend Geoffrey Boycott — the journey has been a harrowing one. Frustratingly for the powers that be, there doesn’t seem to be just one issue behind this rout. While Shane Warne was the predicament until a few years ago, this time it was Johnson who took over the mantle of perplexing the English batsmen. He bowled quick; so quick that a few of the former cricketers put him on par with Dennis Lillee at his peak. Nevertheless, Australia’s batting was miles behind in comparison to Steve Waugh’s troop, but the fact that they managed to inflict a whitewash regardless brings to fore the crevices in England’s armour.

So who’s to blame for the debacle? Andy Flower and Alastair Cook would make for easy scapegoats, but do England have players with the temerity of collecting broken pieces and rebuilding the once-lauded structure? Will sacking of the captain and coach after one bad series not amount to a knee-jerk reaction? Surely, heads must roll after the appalling scoreline, but replacing protagonists may not be the only answer. When on a downslide, men on the fringes are publicised as apt replacements, but playing to the galleries may not always augur well.

As a player for Zimbabwe, Flower didn’t assign much weightage to his work off the field, but he strode on the grass with the knowledge that he’d done more work than his opponent. Whether he’s operating in accordance with the same set of principles as England’s coach remains unknown, but his tactical acumen certainly isn’t working at the moment. In stark contrast, Lehmann’s laidback, yet focused, approach has propelled Australia’s self-belief to dizzy heights. This reiterates the fact that at the top level, man-management is a priceless tool, for obviously there is little technical knowledge you can impart on players who are already a part of the big stage. Lehmann’s modus operandi could prove to be a disaster for other teams in the circuit, but it’s just the right fit for men donning the baggy green.

Perhaps Flower’s methods have extracted as much as possible from the English players, or perhaps not. The best judge of that will be the head honchos in the boardroom or the ones watching the team’s functioning (or the lack of it) from close quarters, but a few tweaks now seem inevitable even to a rookie’s eyes.

Flower did take England to the No. 1 spot in Test cricket, but the recent series has certainly rolled back years. Casualties were unavoidable in the English campground post each Ashes during the late-1990s and early-2000, although they did manage to pull off a consolation win in dead-rubbers. Even that seemed unlikely on this occasion.

“There just seemed to be a general air of acceptance about the place that this is what Australia did to England captains,” writes Nasser Hussain in his autobiography Playing With Fire. It’s no different this time around, too, only that the coach has hogged his share of the limelight alongside Cook. It’s going to be a long, arduous way back from this trench for England. 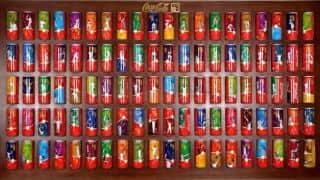 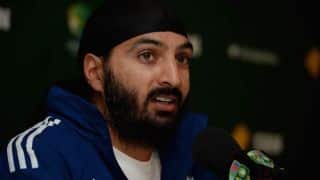