England are doing everything right at the moment with another series win looking likely against Pakistan due to their depth in batting and sharp bowling.

There is no doubting the credentials of established batsmen like Andrew Strauss, Ian Bell and Alastair Cook. Strauss and Bell were a force to reckon with in the longer format whereas Cook also followed their path. Interestingly, all three have averaged in mid 30s while turning up in One-Day Internationals (ODIs) but somehow did not cope well with the changing dynamics of ‘modern-day cricket.’ Jonathan Trott was also a player who made a mark instantly in all formats but took his time in limited-overs to get going. Apart from Kevin Pietersen, Paul Collingwood, Luke Wright and Craig Kieswetter, no one looked like turning the heat on the opposition in coloured clothing. As a matter of fact, England’s top or middle-order had players who were reluctant to go on the attack from ball one. FULL CRICKET SCORECARD: Pakistan vs England 2016, 2nd ODI at Lord’s

England’s record in the ICC Cricket World Cup since 2000 has been doleful, to say the least. They were eliminated in the group stages of the marquee event held in South Africa (2003), reached the Super Eights when the mega event was organised in West Indies (2007). They tumbled to humiliating losses against weaker teams like Ireland and Bangladesh when World Cup was hosted in the sub-continent and again failed to enter the knockouts in the last World Cup, held Down Under. Their sorry showing resulted as they were short of players who could go after the opposition bowlers right from the beginning.

Collingwood and Pietersen were their best bet as Andrew Flintoff was no more their regular since 2007. The duo led them to victories on many occasions but it was often their top or middle-order which comprised of batsmen who were slow starters. England needed change as they were being termed as a Test team whereas India, Australia and South Africa had changed gears in the limited-overs format with fare amount of success as well. The management finally took notice of the situation after the debacle received in the last World Cup and in no time, they have a side who can challenge any team, not only on paper but on the field. ALSO READ: ENG vs PAK: Injury not serious, says Root about collision with Rashid

England got rid of Bell, Cook and others who showed reluctance to change and brought in a whole new set of players in their ODI and T20I line-up. The best part is that it seems these pool of players have been told that they will be given a long rope before they are axed which has brought a sense of freedom among them to play their normal game. The likes of Jason Roy, Joe Root, Alex Hales, Moeen Ali, Jos Buttler, Ben Stokes along with genuine hitter and skipper Eoin Morgan can provide the fireworks which was missing in their team for long. Let’s take a look at their changed batting order and how they can step up in upcoming ICC events:

Top-order: Roy and Hales are known to be power-hitters. They have been given the opening slot where Roy is seen being more aggressive and confident whereas Hales takes his time but catches up fast when he gets going. They enjoy each other’s company since their style of play is almost same and even if one of them struggle, the other keeps the scoreboard ticking. England’s Mr. Consistent, Root, comes one down and plays by asseessing the conditions and situation properly. He is their mainstay and is given maximum responsibility to stay as long as possible.

Root, with an ODI average of 45.93, has all the shots in his arsenal. He plays the cover drives, straight drives, pull, sweep, cuts to effective use using the long handle smartly. He is a quick runner between the wickets as well. Root is not afraid to go after the spinners and shows no sign of hesitancy on stepping out of the crease. He is, thus, a calculative player, who handles the bulk of batting duties for his side.

Middle-order: England finally have a middle-order akin to playing modern-day cricket. Stokes, Morgan and Buttler are batsmen of such caliber that can spill the beans or rattle the bowling attack of any formidable team at will. Stokes is an aggressive batter who generates immense power with the willow. He plays straight, which is an asset, as Morgan has all the monstrous and risky shots to show. Morgan has been England’s star in the middle-order before being made captain. He had a trusted partner in the form of Ravi Bopara but he seems to have faded away. Nonetheless, Morgan has brought England on the verge of victories many a times and will like to carry on in the same fashion.

Lastly, England seem to have found their AB de Villiers in the form of an acrobatic and aggressive wicketkeeper-batsman, Buttler. Buttler has done so much in such short stint with the national team that is he now Morgan’s deputy. He has a staggering strike-rate of 118.61 in ODIs and 140.95 in T20Is. If the top-order disperse quickly, like they did in the first ODI against Sri Lanka in June 2016, he can come and play an innings mixed with some brutal yet clear hitting along with nudging the balls for some quick runs. Only a player like him, in the side, can manage to salvage a tie when the team was 82 for 6 chasing Sri Lanka’s 287. ALSO READ: England win 2nd ODI vs Pakistan by 4 wickets

Lower-order: England, for a change, have depth in their batting line-up. Moeen and Chris Woakes are another dependent set of players who go about their business silently. Moeen and Woakes bat lower down the order in all formats and are now accustomed to the demands of their slots. Both of them can play proper cricketing shots, stay for long at the crease and provide those valuable runs in the last few overs, which were missing under Micheal Vaughan, Strauss and Cook’s leadership.

Adil Rashid and Liam Plunkett are also players who are capable of batting which only adds more spark to their star-studded line-up. This team has scored 400 almost twice since 2015 World Cup, narrowly missing out on the second time by scoring 399. England have won a close-fought series against New Zealand, dominated Pakistan in UAE, came close to winning against Australia and South Africa whereas almost won the ICC World Twenty20 (T20) 2016 trophy. They have the same line-up in ODIs and T20Is which speaks a lot of their confidence and sudden emergence as a limited-overs side. ALSO READ: PAK vs ENG 2016: Hafeez ruled out, Irfan comes in

With the next ICC Champions Trophy and ICC World Cup to be held in their backyard, there are high chances they may make further strides as a unit. They are doing everything right at the moment with another series win looking likely against Pakistan due to their depth in batting and sharp bowling. Their backing and investment on players are turning in their favour till now. By the next Champions Trophy, we may get to know how far this team can go and where they actually stand along with other strong teams. 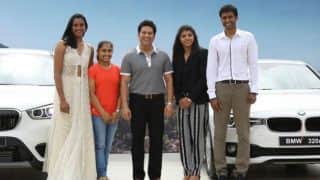 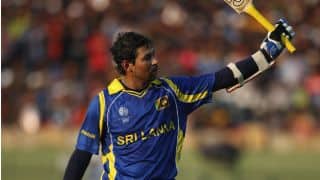