Eric Simons, the former South Africa all-rounder, is a well-known coach post retirement. He worked with South Africa and was then appointed bowling coach of the Indian team. Simons has coached in the Indian Premier League (IPL) and is now involved with the Caribbean Premier League (CPL). In a brief chat, Nishad Pai Vaidya spoke to Simons about coaching in franchise cricket, his time in India and his team’s performance in the CPL.

The advent of numerous T20 tournaments around the globe has truly revolutionised the approach to the sport. Some players virtually live in suitcases, away from international cricket, plying their trade for different teams in numerous leagues. Each league has its own intricacies, require their own adjustments etc. Coaches too have become international commodities of sorts. Away from those who are at the helm in national teams, there are those who coach in the Indian Premier League (IPL), the Big Bash League (BBL) and the Caribbean Premier League (CPL) to name a few.

Ask Eric Simons, the former South Africa all-rounder, about this global coaching phenomenon. Simons started the traditional way, having looked after South Africa over a decade ago. He then moved to India, where his time as bowling coach saw them lift the World Cup. Simons also worked with the Delhi Daredevils for a few seasons until 2014. Today, he is in charge of a new franchise in the CPL, the St Kitts and Nevis Patriots.

Speaking about his role in a T20 franchise, Simons says, “The game is evolving from these leagues. You have to back yourself as a player and as a coach to play and be involved with people from different countries, cultures and the way they see the game. For me the biggest challenge is when you get together with your team, you have 15, 16 or 19 individuals making the team. I walk in and try and make the players understand me but also understand the players.”

With players coming from around the world, the thought processes and approaches differ. Simons says that the challenge is to blend them for one cause, “People think differently — for example, Australian players are different from an Indian, West Indian, South African or an English player. Understanding these different players, how they think and blending them for one object or one plan is a challenge. The game, players and the coaches are all evolving because of the mixture that you have in different ways of playing and thinking about the game.”

A few years ago, Simons arrived in India with the experience of coaching South Africa. Entering a new system had its own challenges. He had to learn the ropes and then share his own ideas for the betterment of the group. “At first, you do get there and think that “I’m coming here to be the bowling coach.” First I had to understand the bowlers and how they are working and then getting them to understand me. Once I had that change of mindset, it became a wonderful learning experience for me as well; then we all learn and all grow. It is difficult if you come and try to control things. If you understand first, then it makes it a lot easier. Hopefully, it was a learning experience for both. I really enjoyed working with the Indian team,” he says looking back at his experience in India.

Coaching professional cricketers isn’t coaching in the real sense. There is a lot of mentorship involved. “I think it is very much mentorship. Your technical work is 10 or 15 percent and it is more about making sure that the guys understand and take ownership of their careers. I think that you can improve is the way you practice, particularly bowlers. Then you challenge yourself in the nets,” Simons explains. Even when a player is having a tough time, the coach has to instil a work ethic even if a player is looking for a quick solution to any problem. Simons says, “I think too often, bowlers look for a solution and technical advice to fix a problem whereas your 90 percent lies in the hard work put in the nets to fix something. I think the coach’s job is to instil that understanding and work-ethic in a player.”

Simons spoke to CricLife on the eve of the big game between St Kitts and Nevis Patriots and Trinidad and Tobago Red Steel. Patriots needed a victory to stay alive in the tournament, but lost by 18 runs in a rain-shortened encounter. Simons, the Patriots coach, said ahead of the game, “We’ve played well, scored more runs than anybody else and played as many games. We’ve been consistent played very well for a new franchise in particular. I think there is some good groundwork being made.” Patriots’ fate went into the last match, which only reflects the open table in the CPL 2015. “It has been a very competitive tournament. The draft of the CPL is such that it makes sure the teams are very equal and it has certainly been like that this year. No team has dominated. Teams have beaten each other all the time,” Simons said.

Shaun Pollock: 12 stats that speaks volumes about the fine all-rounder 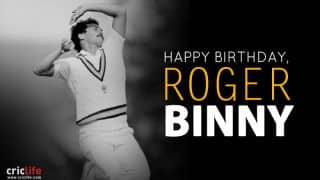 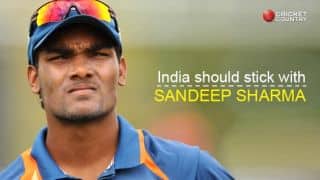 India should stick with Sandeep Sharma for 2nd T20I against Zimbabwe