The speech by Dravid was not only erudite, enlightening and enchanting

Yet another cricketer has delivered a stirring oratorical performance that has made all those who adore this pristine game sit up, notice, applaud and provide their overwhelming approbation. Coming close on the heels of the rousing Cowdrey Lecture by Kumar Sangakkara, Rahul Dravid has mesmerised the cricketing world with a scholarly and fascinating rendition during the course of his Sir Donald Bradman Oration at Canberra.

The Sir Donald Bradman Oration is an annual event held to commemorate the life and career of the game’s greatest batsman and who coincidentally occupied the same batting slot which the speaker for the year 2011 has made his own over the past couple of decades or so. Though the similarity in batting styles between Dravid and Sir Don might have abruptly ended with the sharing of the No 3 position, there are lots of commonalities in cricketing thoughts between the two legends as the fine lecture demonstrated.

The speech by Dravid was not only erudite, enlightening and enchanting, but also one that lent a glorious insight into the pedigree of the persona delivering the talk himself. This dependable batsman does not merely ooze of class on the field but is an impeccable act off it as well. Interspersed with enjoyable wit and embedding dollops of wisdom, Dravid’s views are akin to his remarkably consistent style of batting, straight, simple and sensible. He takes on thorny and topical cricketing debates, in the same manner as he has taken on many a fast men and stubborn spinners throughout his stellar cricketing career – with unflinching courage and undaunted enthusiasm.

Dravid does a complete and distinguished justice to the enviable honour of being the first-ever Indian to have delivered the invitational Oration. The immortal Sir Don would have overwhelmingly approved the vein of thoughts made public by Dravid on this momentous occasion.

Whether it be taking head on the need for balancing the various formats of the game or musing about the mature manner in which the affairs of the now infamous Sydney Test could have been arranged, neither does he take any prisoners nor minces words. His clarion call for the protection and preservation of the ‘gold standard’ of cricket in the form of Test matches, while at the same time not being unmindful of the shorter and the shortest versions of the game is one that warrants further examination by the administrators of the game.

He also equates the great Sachin Tendulkar and himself to ‘creaking Terminators’ who are back to make the famous tour Down Under tour, contrary to all expectations and popular beliefs that their sojourn with Australia as players was done with the previous visit. But as is evident with the current form of these two maestros (Dravid in particular, they are not creaking Terminators but mean and efficient machines who are determined to live another day!

Strongly batting for the introduction of dope and lie detector tests and also for measures to enhance the existing anti-corruption mechanisms in place today, the rock of Indian cricket subtly addresses the need for a trade-off between sacrificing an element of personal space and freedom and upholding the reputation and sanctity of this beautiful game. The points which he makes for the furtherance of the popularity and reputation of cricket are calculated, critical and clear. Although many of these aspects have been deliberated, debated and discussed at various boardrooms and nodal organisations, no clear-cut reforms have been initiated. The ICC would do very well to not only take notice of a few of the suggestions postulated by Dravid, but also to seriously mull upon implementing them at the earliest.

Seamlessly connecting the past with the present, this extraordinary technician of the game provides a brilliant perspective of the Indo-Australian ties both on and off the field. Going back into the tunnel of time, he reminisces about the days when Australians and Indians were comrades braving the battlefields of Gallipoli, El Alamein, North Africa et al before facing each other as fierce competitors on the cricketing field. Whilst this might not result in a complete normalization of the on-field tensions between the two sides as they take on one another in a few days’ time, it might possibly have a mellowing and even sobering effect on the behavior of the warring athletes on the field.

Dravid also does not shy away from talking about the financial richness, popularity and adulation that is the prerogative of a successful Indian cricketer and the attendant criticisms. He also dwells on the crucial role the television and broadcasting rights have played in bringing the medium of cricket to the various hinterlands of India, thereby resulting in the development of many a promising career. He cites the examples of Zaheer Khan, Umesh Yadav, Munaf Patel and Virender Sehwag. Whilst it is no doubt that the cricketers in India are a pampered, idolised and worshipped lot, Dravid still tries his best to put a logical method to the seemingly inexplicable madness surrounding the game and its practitioners in India.

Over the past many years, there have been many indelible images that have been etched in the minds of a multitude of cricket lovers as a result of fierce contests between these two great cricketing nations. Some of them which are amenable for a ready recollection of yours truly are that of a raw Sachin Tendulkar carting Craig McDermott and Co. on the way to a memorable hundred at Perth, a completely dehydrated and half-dead Dean Jones raising his bat to score a memorable double ton in an epochal tie at Chennai, a euphoric Indian team trying to squeeze inside and perch atop the roof of a gleaming new Audi of Ravi Shastri after winning the Benson & Hedges World Series in 1985 and India taking up the cudgels against Australia and Steve Bucknor in the forgettable Sydney Test.

However, the most endearing image that I can think of is that of an ecstatic Rahul Sharad Dravid getting the winning runs for India in a Test Match in Adelaide, punching the air in uninhibited glee and kissing the crest on his India cap. In the year 2011, Canberra has provided yet another unforgettable element of remembrance in the form of the Sir Donald Bradman Oration.

This unassuming “Wall” is not merely standing strong and tall but is also speaking the right words! 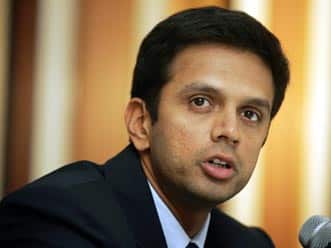 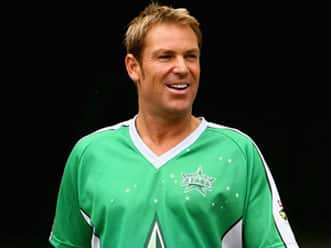