Shreyas Iyer and Shahbaz Nadeem were the leading run-getter and wicket-taker of the Ranji Trophy 2015-16 season.

India announced their squad for the upcoming four-Test series against West Indies and also for the Zimbabwe tour, wherein they will play three One-Day Internationals (ODI) and three T20 Internationals (T20I). India have announced a strong squad, which signifies that the intention is to register big wins. While a few players like Shardul Thakur, Yuzvendra Chahal and Jayant Yadav have been rewarded for their consistent show in the domestic circuit over the last couple of seasons, others such as Shreyas Iyer and spinner Shahbaz Nadeem still do not find a place in the team. While it seems as though it could have been difficult to break into the Test side, India have perhaps failed an opportunity to look into the future by not rewarding  prospective players. READ: India announce squad for West Indies tour 2016

Shreyas finished as the leading run-scorer in the Ranji Trophy 2015-16 season. He shattered a few records along the way, but the most significant one was the fact that his record of 1,321 runs is just behind VVS Laxman’s 1,415 runs in a single season for Hyderabad. Iyer was also Mumbai’s top-scorer in the 2014-15 season. where he scored 809 runs. His calm and composed nature at the crease has been the one of the features, and Iyer does not shy away from attacking the bowlers at any stage of the game. His strike rate of 75 and 92 in the last two seasons, bear testimony to the fact that he takes the attack to the opposition. READ: India announce squad for Zimbabwe tour

Iyer is not the typical No. 3 batsman. However, he is a modern day player. He is not someone, who will take too many deliveries to settle down. Regardless of the format, he goes for the shots whenever the ball is there to hit. Iyer, at 21, has a long career ahead of him. This is perhaps the selectors and the team management’s way of saying that they would like to have a look at him of another season. READ: Shreyas Iyer: I should be selected in the Indian team now

The same cannot be said about Nadeem, who has been one of the best spinners in the domestic circuit. In the last two seasons alone, he has picked up 79 wickets for Jharkhand. With 51 wickets in the Ranji Trophy 2015-16 season, he was the leading wicket-taker  in the tournament. He has been knocking on the doors of the selectors for a while now, but is yet to get the nod. READ: Shahbaz Nadeem: If MS Dhoni was not skipper, I would talk to him about my India selection

Nadeem also has a good List A and T20 record. He is not an aggressive wicket-taker, but is known for the fact that he can contain the batsmen and cut the run-flow. It is tough to argue with the selection of Jayant Yadav in the Zimbabwe squad, but he could have surely been considered in place of Akshar Patel. India have invested in Patel over the last 2-3 years, but his performances do not demand repetitive chances at the top level. Nadeem could have been a perfect fit in his place.

With India playing a lot of Tests and ODIs this year, Shreyas and Nadeem could still get a chance to play for India this year. One can only hope they get their just reward sooner rather than later. 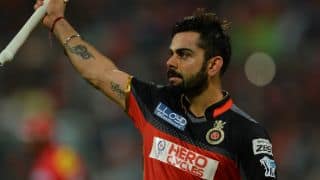