Diwesh Pathania: In the 2019-20 Ranji season, he picked 50 wickets in nine games and emerged as the leading wicket-taker for Services. 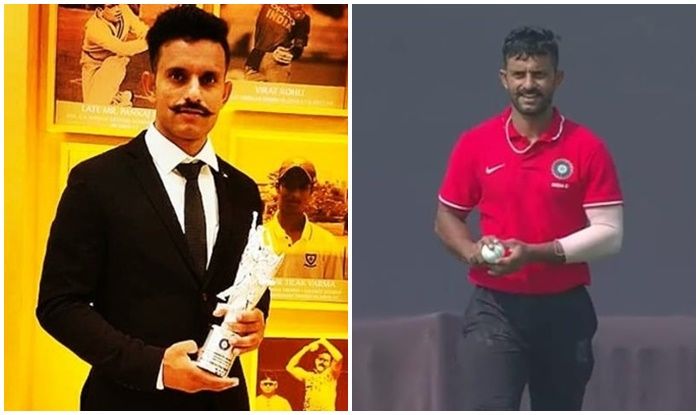 Diwesh Pathania, a havildar in the Indian army, shot to fame when he recorded figures of 13 for 83 on First-Class debut for Services against Jharkhand in 2015. Since then, he has ended as the highest wicket-taker for his side every year and has kept getting better.

During the 2019-20 Ranji Trophy, Pathania picked 50 wickets in nine games and finished as the fourth-highest wicket-taker of the season.

The 31-year-old may not be the fastest in the circuit but he does nip the ball around and takes pride in his consistency. His dedication paid dividends when in 2019, Pathania was named in the India Blue squad for the Duleep Trophy, and in a span of a few months, he was also picked in India C squad for the 2019 20 Deodhar Trophy.

In an exclusive chat with India.com, the Services pacer who has a career-best of seven for 41 and a hundred to his name in FC cricket speaks about his career, commitment for Services, and how he’s coping with the pandemic.

How did cricket happen?

I had only played tennis-ball cricket as a kid, like most kids in India. It is only after I joined the army that I got to play with the leather ball. Initially, it was difficult for me to control the ball, but with time I picked up the tricks of the trade and learned how to keep it control.

How are you keeping fit during the pandemic?

When the lockdown happened, I stayed indoors and did basic stuff to keep myself fit, but that was not enough and was more mental than anything. Now, with the relaxations in place, I am visiting a nearby ground to train and feel much better and liberated.

Did you never look at playing for other states where the recognition and rewards are more?

I have been approached by Chhattisgarh and other states, but have never got the NOC from Services. Now, I have accepted the reality and I believe my loyalties belong to Services – where I work – and I should continue playing for them and look to keep giving my best for them every time I take to the field.

What about IPL? Have you been called for trials?

Yes, since 2016, I have been going for trials but unfortunately despite performing well, I have not been picked. Cannot blame anyone as it is pure business and a lot of strategies go into picking a team. Maybe I do not fit into the scheme of teams for franchises. Last year, I was hopeful that Rajasthan Royals would pick me but they did not and it was a heart-break.

Who do you idolise and why?

Jimmy Anderson, I keep watching his videos and pick up stuff from it. He is experienced and no one in world cricket can control the ball as he can. It is a delight to watch him bowl.

I want to keep fit and keep performing well for Services. My goal is to get better every season and I am working on that. It can get a little demoralising at times, but I want to look at the positives and stay motivated. The dream is to help Services lift the Ranji trophy crown. 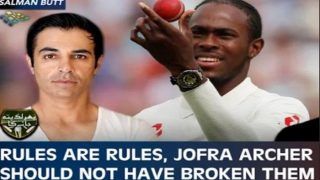 'Jofra Archer Should Not Have Broken The Bio Security Rules': Salman Butt Gets Trolled For Remark | SEE POSTS 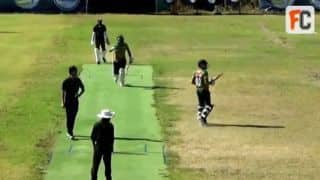