India start their ICC World Test Championship campaign with a two-match Test series against West Indies, starting 22 August, Thursday at Sir Vivian Richards Stadium. This will be India’s 12th Test series in the Caribbean and would be seeking their fifth series win. India have been victorious in the last three Test series played in West Indies (2006, 2011 and 2016), while the maiden win came way back in 1971.

We take a look at the stats from India vs West Indies Tests in West Indies over the years.

Anil Kumble leads the wicket-taking tally against West Indies in Tests in West Indies with 45 wickets in 11 matches at an average of 31/28 and a best of 6/78 in an innings followed by S Venkataraghavan, who scalped 39 wickets at 43.58 and Harbhajan Singh with 36 wicket at an average of 25.86. The Best bowling figures for India in Tests in the West Indies belongs to Subhash Gupte, who picked up 7/162 way back in the 1953 tour. Interestingly, Ishant Sharma is the only Indian bowler to have claimed a 10-wicket haul in a match. He returned 10/108 at Bridgetown in the second Test in 2011.

Dravid and Sir Viv Richards with 21 catches are players with most catches as a fielder in an India vs West Indies Test in the West Indies. While Dravid played 17 matches, Richards managed to hold on to 21 catches in just 13 matches. Closely following the the duo is Brian Lara with 19 catches 14 matches while Sobers and Frank Worrell have 15 catches each in 10 matches, respectively. India’s Eknath Solkar is the next best Indian fielder on the list with 12 catches in just six matches.

Among wicketkeepers Jeff Dujon is the leader with a total of 33 dismissals (32 catches and one stumping), in just nine matches, followed MS Dhoni with 29 dismissal’s to his name in seven matches with 25 catches and seven stumpings. 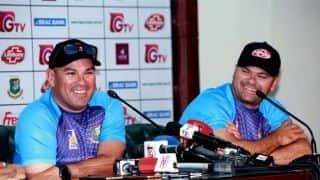 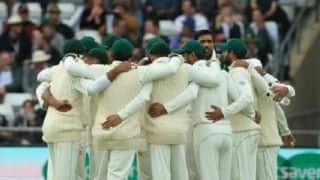