India vs Australia, 2nd Test, Day 3: Virat Kohli scores 25th Test century and with that achieves a host of milestones

India vs Australia, 2nd Test, Day 3: Virat Kohli scores 25th Test century and with that achieves a host of

At the start of day two of the 2nd India vs Australia Test at the Optus Stadium, former Australia skipper Michael Clarke had said that if Indian skipper Virat Kohli got to a century in the Test, it will be his best of his career so far. And well, Kohli got to his ton in the first session on day three and no doubt is has to be one of his best.

With a well timed punch off Mitchell Starc, Kohli brought up his ton off 214 deliveries, his second slowest century in terms of balls and as is now the case with his milestones, he is invariably setting, equaling or breaking some kind of record, stat or trivia or the other.

The Indian captain took just 127 innings to reach 25 Test centuries which now is the second-fewest innings to the milestone. Sir Donald Bradman had scored his 25th Test ton in 68 innings. Kohli s 25th ton has come in three innings fewer than Sachin Tendulkar, who go to 25 Test hundreds in 130 innings. Sunil Gavaskar got to the landmark in his 138th innings while Mathew Hayden played 139 Test innings for his 25th Test.

During his knock unbeaten knock, Kohli became the fastest player to reach 5000 Tests runs batting at No.4 position – in 86 innings, surpassing Jacques Kallis (87 innings). In terms, of fastest to 5000 Test runs at any particular position, he is only behind Bradman (55 innings, batting at No.3).

He also became the first Asian batsman to score a ton in each South Africa, England and Australia in a same calendar year in Test cricket

He equals West Indian great Clive Llyod for visiting captains with most centuries in Australia with 4. 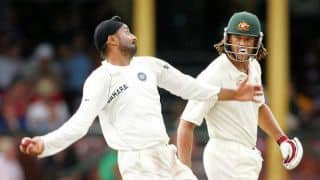 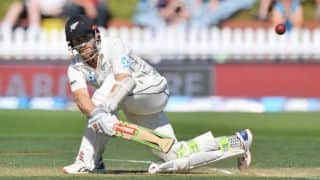