There were batting heroics from Rishabh Pant, Vijay Shankar, Dinesh Karthik and Pandya brothers Hardik and Krunal. But India failed to cross New Zealand s 212-run mark and lost the third match the three-match T20 series by 4 runs at the Seddon Park in Hamilton on Sunday and lost the series 2-1. (India vs New Zealand, 3rd T20I: FULL SCORECARD)

While India had a brilliant run of form Down Under, across Australia where they won the ODI and Test series (both 2-1) and drew the T20 series (1-1) and New Zealand, where they won the ODI series 4-1, they could not cap off a fine season, playing away from home, with a defeat in the T20 series against the Kane Williamson-led unit. (ALSO READ: Tried to put pressure back on the bowlers: Colin Munro)

Here are the statistical highlights from the three-match India versus New Zealand T20I series:

3: New Zealand continued their T20I dominance over India, while playing at home in a bilateral series. They had beaten India 2-0 in 2008-09 and 10 years later, they won the three-match series 2-1. Overall, India have won only one bilateral series against New Zealand while the Kiwis have won 3 against India.

131: Hardik Pandya s 131 became the most runs conceded by an Indian bowler in a bilateral T20 series.

1: This is the first time when India have lost the three-match T20I bilateral series. Previously, they have won 9 and drawn 1.

219 and 80: New Zealand also achieved their highest total against India in T20Is and also handed them their heaviest T20I defeat, in terms of runs, when they won the first T20I of the series by 80 runs in Wellington.

208: India also managed to put up their highest T20I total, although in a losing cause, when they scored 208/6 in the third T20I of the series.

248: With 118 runs in the three-match series, Colin Munro became the second highest run-getter in the India-New Zealand T20Is. Brendon McCullum tops the list with 261 runs.

139: With 139 runs in the series, Tim Seifert went past his idol Brendon McCullum and became the batsman to have scored most number of runs in the India-New Zealand bilateral T20I series.

11: Ish Sodhi, with three wickets in the series, became the leading wicket-taker in the India-New Zealand T20Is. 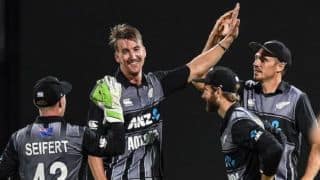 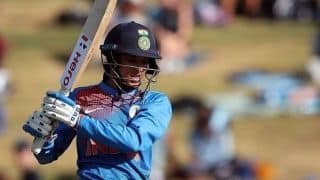