Kohli, in Mohali, had surpassed Rohit to claim top spot in the list of leading run-getters in T20Is.

Leading the three-match T20I series 1-0, India will take on South Africa in the final game of the series at the M Chinnaswamy Stadium in Bengaluru on Sunday.

While the series opener in Dharamsala was a washout without a ball being bowled, the hosts defeated the Quinton de Kock-led side by seven wickets, chasing 150-run target, on the back of Virat Kohli’s unbeaten 72 at the Punjab Cricket Association-IS Bindra Stadium in Mohali on Wednesday.

Kohli, who brought up his 22nd T20I fifty, also went past his deputy Rohit Sharma to become the leading run-getter in T20Is.

However, Rohit, who holds the record of most number of T20I sixes (109), will have a chance to reclaim the top spot.

Kohli, meanwhile, will also have an opportunity to make sure he retains the pole position as the two resume battle for the leading run-getters in Twenty20 internationals.

ALSO READ: I never think for myself, always about what the team needs Kohli

The hometeam, who registered their maiden T20I win over the Proteas at home after winning the second match, will now be keen to win the third and final match of the series and complete their first series win over the visitors on the home soil in the Twenty20 internationals.

While a lot is expected out of the final limited-overs of the series before the two teams kick off the three-match Test series, starting October 2, all eyes will be on weather as there are chances of rain and thunderstorm in Bengaluru on Sunday. 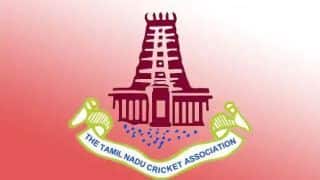