Kohli is just 77 runs behind Sourav Ganguly's ODI tally of 11363, who is currently the eighth in the all-time highest ODI run-getters list

Kohli is just 77 runs behind Sourav Ganguly‘s ODI tally of 11363, who is currently the eighth in the all-time highest ODI run-getters list, lead by Sachin Tendulkar (18426). If Kohli manages to score over 77 runs in the series, he will move up to eighth in the list.

The 30-year-old is also 19 runs away from becoming the batsman with the most ODI runs against West Indies. Kohli has 1912 runs from 33 matches at a staggering average of 70.81 and is behind only to Pakistan’s Javed Miandad, who has 1930 runs vs West Indies in 64 matches at an average of 33.85. ALSO READ: After T20I success, India look to maintain winning momentum as ODI series begins

Most ODI runs against West Indies

Kohli is also likely to break Ramnaresh Sarwan s record for the most number of runs scored by a batsman in India-West Indies ODIs in West Indies. Sarwan has scored 700 runs from 17 matches while Kohli currently has 556 runs from 12 matches. ALSO READ: Virat Kohli not concerned at all about Shikhar Dhawan s poor T20I scores

He already has the most centuries for any player against West Indies in ODIs with seven, and the three-match series will give him the opportunity to become the player with most hundreds in India-West Indies ODIs in West Indies. Currently, the Delhi batsman is tied with the legendary Desmond Haynes, who has two hundreds against India in the West Indies.

India ‘s Kuldeep Yadav too has sights set on a personal milestone. He has taken 93 ODI wickets in 51 matches and needs seven more to reach the 100 wickets milestone. If he manages the feat in this series, the UP bowler will become the fastest Indian bowler to 100 ODI wickets, surpassing Mohammad Shami‘s record of 56 matches to reach 100 ODI wickets. 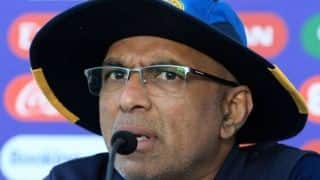