India, also registered their sixth successive win over West indies, the most for a team against the two-time World T20I champions, as they won the Guyana T20I by seven wickets.

Deepak Chahar scalped three wickets while skipper Virat Kohli and Rishabh Pant scored fifties as India beat West Indies in the third and final Twenty20 international at the Providence Stadium in Guyana on Tuesday to complete the 3-0 series clean sweep.

Having won the first two T20Is in Florida last week, India, who rested Rohit Sharma, Ravindra Jadeja and Khaleel Ahmed, restricted the Carlos Brathwaite-led unit to 146 and then chased down the target with five balls to spare and seven wickets in hand to seal their fourth clean sweep in the three-match T20I series, having previously beaten Australia in Australia in 2016, Sri Lanka in India in 2017 and West Indies in 2018 in India.

While West Indies were reduced to 14/3 as Chahar, who came in the playing XI, replacing Khaleel, ran through the top order, Kieron Pollard (58 off 46 balls) and Rovman Powell (32 not out off 20 balls) helped their team to reach 146.

However, this was not enough as West Indies registered their 58th defeat in the shortest format of the game – the most for a team in international cricket, going past Sri Lanka and Bangladesh, who have lost 57 T20Is. India have 41 T20I losses.

India, meanwhile, also won their sixth successive T20I against West Indies, the most by any side against the two-time World T20I champions, West Indies, surpassing Pakistan five wins against the Caribbean side. South Africa, Pakistan, Sri Lanka and Australia have beaten West Indies four times in a row. 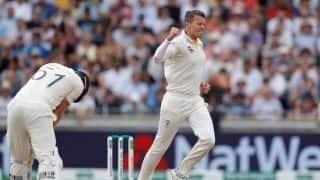 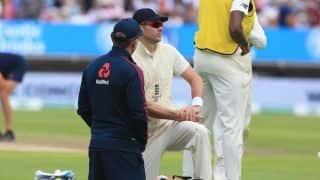