Gayle already holds the record for the player with the most number of ODIs for the West Indies 296 matches one more than Caribbean legend Brian Lara.

The Universal Boss Chris Gayle is all to set to play his 300th ODI the first player from the Caribbean nation to reach the landmark when the West Indies lock horns with India in the second one-day international at Queen’s Park Oval, Port of Spain in Trinidad on Sunday.

With the series effectively reduced to two ODIs after rain abandoned the opener in Guyana, whoever wins this clash will be assured of not losing the series and the Windies in particular, will hope to make Gayle’s monumental match a memorable one.

The 39-year-old Gayle, who turns a year older on September 21, already holds the record for the player with the most number of ODIs for the West Indies, one more than Caribbean legend Brian Lara, who announced his retirement in 2007.

Gayle is on the cusp of breaking another record of Lara’s. He needs just nine runs more to go past Lara’s mark of 10,405 runs for the most runs by a West Indies batsman in ODI cricket.

Gayle was in ominous form against England in the ODI series at home, scoring 424 runs in just 4 matches, but his form dipped in the World Cup. And add to that is the fact that he hasn’t done well against India in ODIs. He last scored a 50-plus score in June 2009 when he hit a 65-ball 64 in Kingston. He has registered four centuries against the Virat Kohli-led side, but his last one came way back in 2006.

However, fans will be hoping for a treat from the big Jamaican, who will probably stepping in his penultimate ODI match on Sunday. The third and final ODI will be on August 14 (Wednesday) at the same venue. 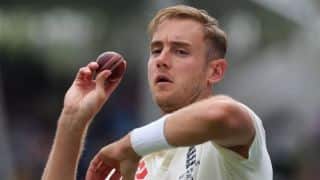