When Rohit Sharma walks out to bat against West Indies in the the third and the final ODI at Queen’s Park Oval, Port of Spain, Trinidad on Wednesday, the Mumbai batsman will have his eyes set on a partnership record and a personal milestone.

Sharma is just 26 runs shy of recently retired Yuvraj Singh‘s ODI runs tally of 8701 runs. Currently. Yuvraj is 22nd in the list of highest run-getters in ODIs and Sharma is at 23rd. However, in terms of ODI runs for India, Sharma is already ahead of Yuvraj. The Mumbai batsman has 8676 runs in 217 matches, all for India while out of Yuvraj’s 8701 runs in 304 matches, 92 runs came for Asia XI in three matches.

In the list of highest run-getters for India in ODIs, Sharma is in seventh position and is 702 runs behind the 6th-placed former India captain Mohammad Azharuddin.

Players with most ODI runs for India

Sharma and India skipper Virat Kohli are just 27 runs away from completing 1,000 partnership runs against the West Indies, that will make them the first pair to achieve the milestone against West Indies in ODIs. Currently, in 13 innings against WI Kohli and Rohit have combined to add 973 runs. ALSO READ:Rishabh Pant focused on playing positive cricket

Among partnership pairs with most runs in ODIs, Kohli and Sharma are seventh with 4732 runs in just 77 innings. The tally is led by India’s Sachin Tendulkar and Saourav Ganguly, who put on 8227 together in 176 innings.

Kuldeep Yadav could be fastest to 100 wickets

During the third and final one-day international against West Indies, Kuldeep can script history if he picks up a four-wicket haul which will make him the fastest Indian to reach 100 ODI wickets. 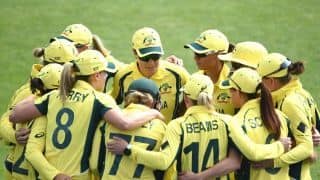