The right-arm seamer returned figures of 3/20 from four overs against Kolkata Knight Riders (KKR), bowling as many as 20 dot balls in the process.

Chennai Super Kings (CSK) pacer Deepak Chahar on Tuesday created the record for bowling the most number of dot balls in an innings in the history of the Indian Premier League (IPL).

Chahal accounted for the wickets of Chriss Lynn (0), Robin Uthappa (6) and Nitish Rana (0) after KKR were put into bat.

KKR were reduced to 24/4 inside the first five overs, largely due to Chahar who bowled a superb first spell of 3-0-14-3.

He first trapped Chris Lynn (0) in front before accounting for the wicket of Rana (0) who hit a rising delivery straight to Ambati Rayudu at midwicket. (ALSO READ: Let Russell hit you for four or six, but not a single: Dhoni to Deepak Chahar)

CSK went to the top of the league standings with the seven-wicket win over KKR. They have won five out of the six matches they played so far.

CSK next take on Rajasthan Royals at the Sawai Mansingh Stadium in Jaipur on April 11. 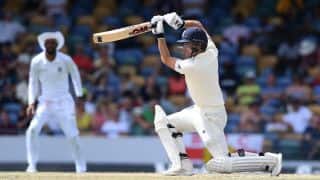