O'Brien also holds the record of being the first Ireland cricketer to score a Test hundred.

Kevin O’Brien on Monday created a history as he became the first player from Ireland to score a hundred in Twenty20 internationals.

The right-hander achieved this feat against Hong Kong during the sixth match of the Oman T20I Series 2019 at the Al Amerat Cricket Ground Oman Cricket (Ministry Turf 1), Al Amarat in Oman.

O’Brien, who opened the batting alongside Paul Stirling, scored 124 off 62 balls, hitting 12 fours and 7 sixes as Ireland scored 208/5 in 20 overs after electing to bat.

The right-hander hit a six on the fourth ball of the 18th over to bring up a historic hundred in 53 balls.

Opening the batting, O’Brien and Stirling put a 80-run stand before the latter fell for 36 off 27 balls in the ninth over off Ehsan Khan.

Andrew Balbirnie and Gareth Delany – the following batsmen – could only score 10 and 19 runs respectively. But that did not hurt Ireland much as O’Brien continued to score at brisk pace from the other end to put Hong Kong under pressure.

O’Brien put a fifty-run stand with Mark Adair in 21 balls where the latter contributed with just eight runs from 10 balls and the former did the majority of the scoring.

The 35-year-old O’Brien, who is also the first Irish batsman to have scored a hundred in Test cricket, came tantalisingly close to remain unbeaten but fell in the final over of the Ireland innings as Waqas Barkat took a catch off Kyle Christie’s bowling to end the Irishman’s blitz on the 62nd delivery he faced. 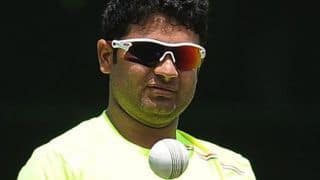 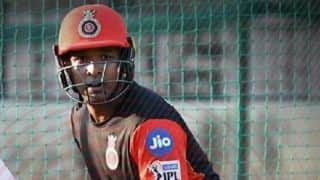