The 32-year-old reached the milestone in his 33rd Test, beating Australian leg-spinner Clarrie Grimmett’s long-standing mark of 36 Tests achieved against South Africa in Johannesburg in 1936.

Since taking seven wickets on debut against Australia in 2014, Yasir has been a key figure in Pakistan s Test team.

He took 12 wickets in that 2-0 series win over Australia in United Arab Emirates in 2014 and followed that with 15 against New Zealand in a 1-1 draw the same year.

That was followed by 24 wickets against Sri Lanka in 2015 and ten wickets in a match to beat England at Lord s a year later. He took 21 and 25 wickets respectively in series wins over the West Indies.

Yasir reached 100 wickets in 17 Tests, second only to Englishman George Lohmann who reached the target in 16 matches during a Test in Johannesburg in 1896.

Fastest to wickets milestones in Tests

Yasir s figures in Dubai are the second best match return ever for Pakistan in Test cricket, bettered only by former captain and current prime minister Imran Khan who took 14-116 against Sri Lanka in Lahore in 1982. 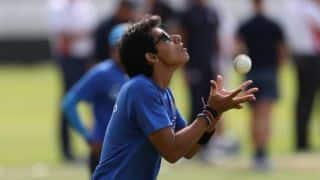 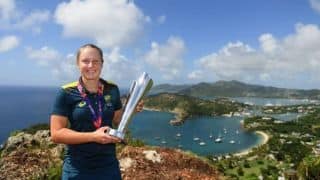 I wish it had been an India-Australia final: Alyssa Healy